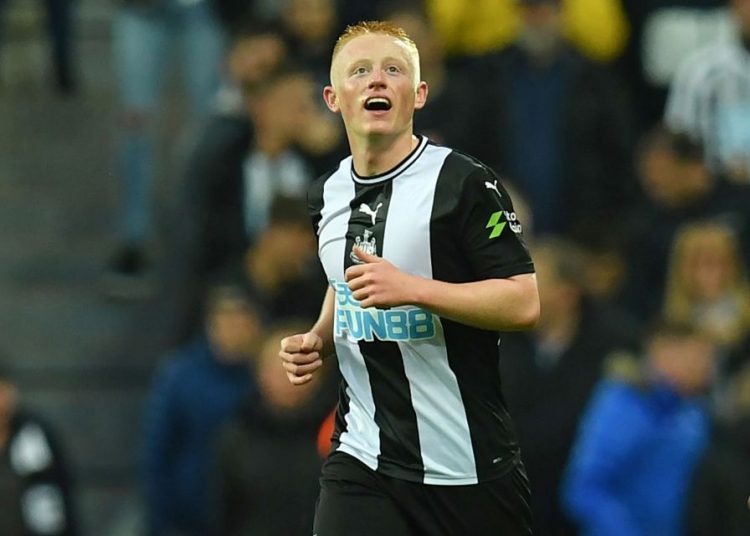 Neither of these troubled United could afford to lose the final match before the international break, with pressure mounting on Magpies boss Steve Bruce after a poor start to the campaign and his former club struggling for fluency, inspiration and results.

But things would only worsen for Solskjaer’s side in the north-east as 19-year-old Longstaff’s superb second-half strike sealed a memorable win for embattled Newcastle as the raucous away support called for the Glazers to leave Old Trafford.

This gut-punch leaves Manchester United facing an uncomfortable fortnight of scrutiny and introspection, while an 11th straight winless away match increases the focus on manager Solskjaer and the structure above him.

Things could have been so different had Harry Maguire nodded home as half-time approached, only for the Red Devils’ familiar futility in front of goal to allow Longstaff to cement himself as a hometown hero.

The teenager, playing alongside older brother Sean, rattled the crossbar in the first half but would not be denied, firing low past David De Gea in the 72nd minute as Bruce’s 400th Premier League match ended with a first home win as Newcastle manager.

It was quite the response by Newcastle to their 5-0 mauling at Leicester and looked possible from the opening minute when Sean – a player Man United hoped to sign in the summer – won possession and started a threatening attack.

The visitors continued to struggle to get a grip on proceedings as Bruce’s men looked for an early breakthrough, with the lively Allan Saint-Maximin jinking into space and dragging wide before Matty beat De Gea with a thumping attempt that hit the bar.

It saw the noise inside St James’ Park go up a notch and Fabian Schar glanced a header on to the roof from a corner by Sean, who superbly put Miguel Almiron behind before seeing Maguire get across to provide a superb block.

There were ironic cheers from the visiting support when Andreas Pereira wriggled free to get their first shot on target in the 41st minute, ending a wait that stretched back to Monday’s draw with Arsenal having failed to muster one against AZ Alkmaar.

That effort appeared to spur United on and they should have gone into half-time ahead.

Not only were Newcastle breathing a sigh of relief when Schar’s header from a Diogo Dalot cross went over his own goal but again when Maguire found himself free from an Ashley Young corner, only to head wide from close range.

It was a poor miss from the England international, who would be made to rue that missed the opportunity.

Almiron struck wide before Bruce replaced Joelinton with the imposing Andy Carroll, who bundled a header over shortly after his introduction.

Solskjaer applauded when Almiron was booked for diving, shortly before the Norwegian brought on teenager Mason Greenwood in a bid to turn the game.

It appeared to be working as Man United enjoyed their best period in the game, with Rashford brilliantly denied at the far post by Schar.

But it was at this point that Newcastle struck on the break.

Almiron played over for Saint-Maximin to drive through the midfield and playout to Jetro Willems, whose cutback was met by a firm right-footed strike from Longstaff that beat De Gea and sent St James’ Park wild.

It was a fine effort by Newcastle’s academy graduate and ultimately proved the difference in the north-east.

Marcos Rojo headed over as chants of ‘We want Glazers out’ came from the vocal away support. There was precious little else to shout about as their team toiled.