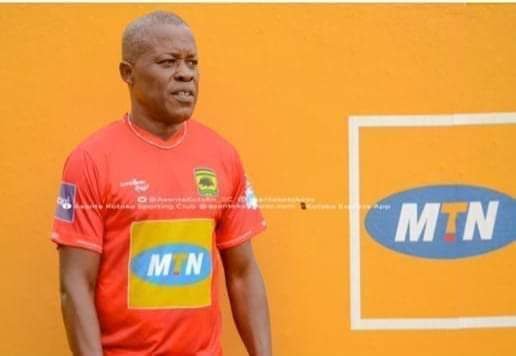 Asante Kotoko have officially confirmed the appointment of Johnson Smith to the position of assistant head coach at the club.

The announce was made by the club earlier on Saturday with a short YouTube video revealing Smith’s arrival.

Smith is expected to provide support for Kjetil Zachariassen who will be leading the team into the CAF Confederation Cup after their failed CAF Champions League campaign.

For Johnson Smith, the appointment means he gets to return to the club after working with the team about 11 years ago.

In is most recent job, Smith coached Karela FC into the Premier League and was the brain behind their impressive run to the final of the NC Special Tier 1 competition earlier this year.

Smith and Zachariassen will lead Kotoko to face San Pedro in the CAF Confed Cup playoff first leg to be played on October 27.

The second leg is on November 3 in Côte d’Ivoire.