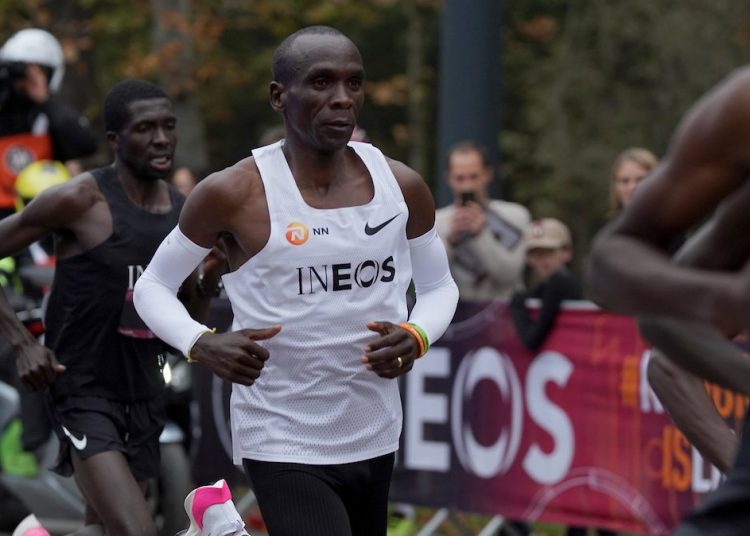 Eliud Kipchoge has become the first athlete to run a marathon in under two hours, beating the mark by 20 seconds.

It will not be recognised as the official marathon world record because it was not in open competition and he used a team of rotating pacemakers.

The Olympic champion missed out by 25 seconds in a previous attempt in 2017.

Knowing he was about to make history on the home straight, the pacemakers dropped back to let Kipchoge sprint over the line alone, roared on by a large crowd in the Austrian capital.

The four-time London Marathon winner embraced his wife Grace, grabbed the Kenyan flag and was mobbed by his pacemakers, including many of the world’s best middle and long-distance runners.