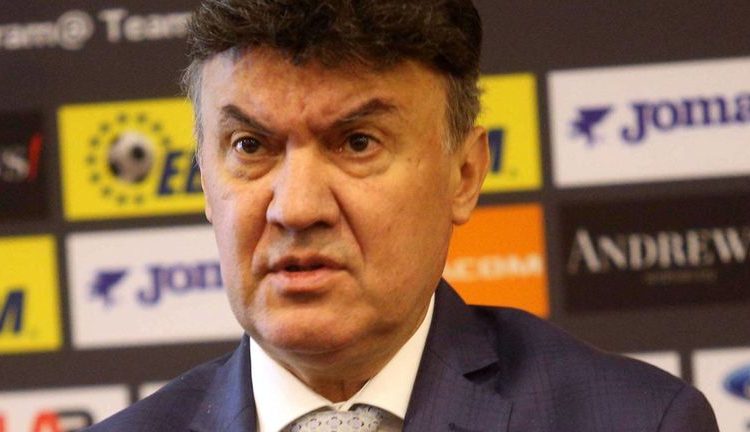 Bulgarian Football Union president Borislav Mihaylov has resigned from his role after racist abuse was aimed at England’s players in Monday’s European Qualifier in Sofia.

England ran out 6-0 winners in their Euro 2020 qualifier in Sofia, but the game was marred by the torrent of racist abuse directed at their players with the game twice halted during the first half.

The events inside the Vasil Levski National Stadium did not fall on deaf ears in the country’s highest office, with Prime minister Boyko Borissov issuing orders for Mihaylov to resign immediately, with Mihaylov’s letter of resignation to be presented to members of the country’s FA Executive Committee on Friday.

“It is unacceptable that Bulgaria – which is one of the most tolerant states in the world and where people of different ethnic and religious background peacefully live together – should be associated with racism,” PM Borissov said.

In a statement issued on Tuesday, UEFA President Aleksander Ceferin urged governments to escalate the “war on the racists” to help football authorities eliminate it from stadiums, and blamed a “rise of nationalism” for encouraging abuse.

“Believe me, UEFA is committed to doing everything it can to eliminate this disease from football,” Ceferin said. “We cannot afford to be content with this. We must always strive to strengthen our resolve.

“More broadly, the football family – everyone from administrators to players, coaches and fans – needs to work with governments and NGOs (non-governmental organisations) to wage war on the racists and to marginalise their abhorrent views to the fringes of society.

“There were times, not long ago, when the football family thought that the scourge of racism was a distant memory. The last couple of years have taught us that such thinking was, at best, complacent. The rise of nationalism across the continent has fuelled some unacceptable behaviour and some have taken it upon themselves to think that a football crowd is the right place to give voice to their appalling views.”

“Football associations themselves cannot solve this problem,” Ceferin said. “Governments too need to do more in this area. Only by working together in the name of decency and honour will we make progress.

“As a governing body, I know we are not going to win any popularity contests, but some of the views expressed about UEFA’s approach to fighting racism have been a long way off the mark.”

‘UEFA sanctions among the toughest’

UEFA has had a three-step process in place for a decade to deal with racism at matches.

The first step was enforced during the first break in Sofia, with the public announcer warning that the match could be called off completely unless the racist abuse stopped. During the second break, dozens of Bulgaria fans involved in the chanting, many of them wearing dark hoodies, left the stadium. England players decided against not continuing playing.

“UEFA’s sanctions are among the toughest in sport for clubs and associations whose supporters are racist at our matches,” Ceferin said. “The minimum sanction is a partial closure of the stadium a move which costs the hosts at least hundreds of thousands in lost revenue and attaches a stigma to their supporters.”