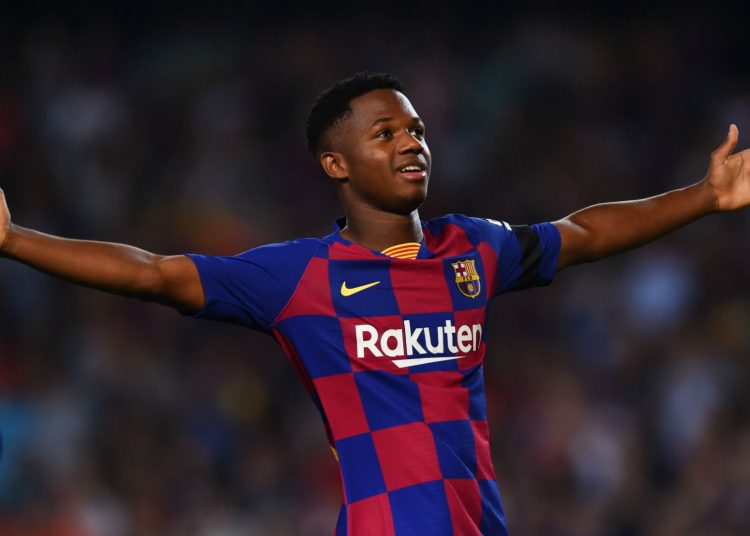 The inclusion of Barcelona wonderkid Ansu Fati in this year’s shortlist of players for the 2019 Golden Boy award does not appear to have gone down well with followers of the game.

The Golden Boy award was established by Italian newspaper Tuttosport in 2003 and seeks to reward the most impressive young footballer under 21 within a calendar year.

In the past it has been won by recognizable names such as Lionel Messi,Paul Pogba,Mario Balotelli and more recently Matthijs De Ligt.

Despite leaving no doubt in the minds of anyone who has seen him play that he is a gem in the making, his accumulated game time of 172 minutes over 5 games with two goals has left a number of fans baffled by his inclusion.

This FIFA golden boy list is totally biased. Why the hell is chukwueze not in there. And then they squeezed in ansu fati. Really?

Ansu Fati who’s yet to play 180 minutes of professional football got shortlisted for the final 20 of the golden boy award.

Do we still need to take FIFA awards serious?

I’m a Barca fan. I love Ansu Fati but including him in the list for the Golden Boy Award is funny. He is really talented but hasn’t even gotten time enough to prove anything

I gave up on all these awards when Alexander-Arnold & Robertson that have 33 assists between them as a defender, since the start of last season didn’t make FIFA’s World XI, but Marcelo did.

The 16 year old is currently with Spain’s U – 21 squad after agreeing recently to represent La Roja.