Sellas Tetteh: I expected a bigger celebration of 2009 U-20 WC victory 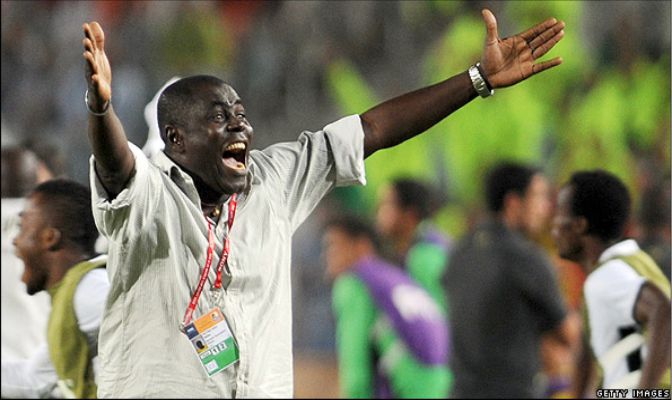 Coach of Ghana’s victorious U-20 team in the 2009 World Cup, Sellas Tetteh, has admitted that he was expecting a grand celebration of the feat ten years after it happened.

16th October, 2009 was the day rose to the top of U-20 world football after the Black Satellites beat Brazil 4-3 on penalties in Cairo.

Tetteh handled the team in that tournament and the World Cup trophy capped a golden year for the team as they won the West African Championships and African Cup in Rwanda before heading to Egypt.

Tetteh told Metro TV in an interview on Wednesday that there should have been more celebrations of the achievement but conceded that the GFA also had pother things like elections to deal with at the same time.

Tetteh added that what the Black Satellites achieved in the 2009 calendar year was very special and it had a feel of destiny to it.

”I kept saying that whatever was meant to happen, the Good Lord would make it happen. That was why we started winning from the WAFU tournament all the way to the World Cup. That legacy cannot be touched and we thank God for that.”

After the feat of 2009, Tetteh guided the 2013 Satellites team to 3rd place in that year’s tournament in Turkey and the 2015 team to a second round place when the tournament was played in New Zealand.

"My association with Nyantakyi will not hurt my ambitions"- Fred Pappoe