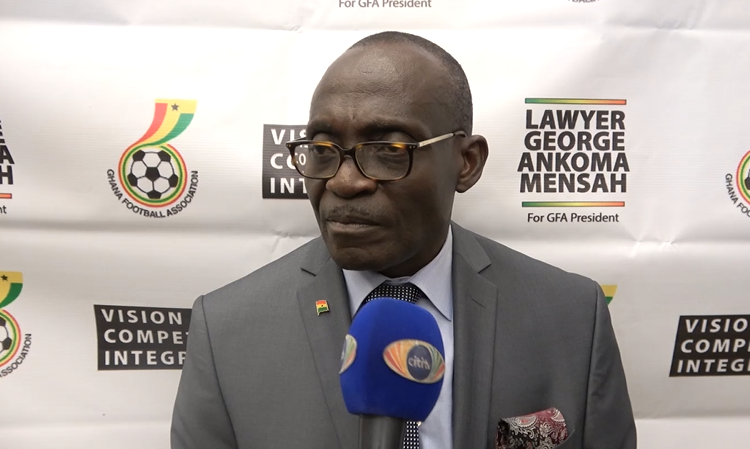 GFA presidential aspirant, George Ankoma Mensah has vowed to rid the entire football fraternity of corruption when given the nod.

According to him, the sport has struggled to attract sponsorship and investors due to the stain of corruption in recent years.

He made these remarks at the launch of his manifesto dubbed “Football For All” at the Labadi beach hotel in Accra, which also had fellow aspirants Amanda Clinton and Kurt Okraku in attendance.

“I want there to be strict code of ethics, anybody who will work in administration in football has to sign the code of ethics and we are going to enforce it strictly, now if you fall foul of it, you have to be dealt with,” he said.

“The reason we have not made strides in this, is that we have not punished corruption and in-transparency, if we begin to do that it will become a culture and once it becomes a culture, it means we are making progress,” he added.

Ankoma’s manifesto also focuses on other aspects, such as introducing a juvenile program, which seeks to build football from the district and as a fallout training one coach per district as means of creating employment for old and retired players.

One of the main pillars of his manifesto highlights the importance of bridging the infrastructural gap in football.

“We need to bridge the infrastructural gap, we haven’t had the construction of excellent pitches for our children, and our footballers for a long time”.

“Our flagship program will be the building of a national center of football excellence, now this will be built, it looks ambitious but we can do it.”

Ankoma is one of six perons  competing for the GFA’s top position – along with Kurt Okraku, Nana Yaw Amponsah, George Afriyie, Fred Pappoe and Amanda Clinton.