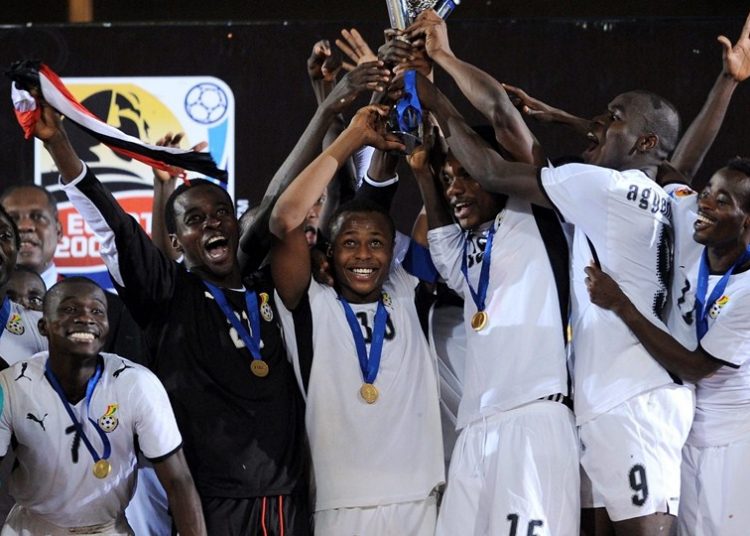 Captaining a World Cup-winning team is more often than not a once in a lifetime privilege.

This is something Swansea forward Andre Ayew got a chance to experience ten years ago as captain of Ghana’s U-20 side and a moment he says he will never forget.

As the country relived the historic win over Brazil on penalties in Egypt, which confirmed Ghana as the first African winners of the World Youth Championship, Ayew joined in on Twitter to reminisce the occasion.

He tweeted a video of his key contributions during the tournament including his stunning goal in the group stage win against England and his successful kick in the final shootout, and ended with him lifting the trophy with his teammates.

He thanked his mates for making the moment possible, a feat that has not been achieved by any other African country before or since.

“10 years ago we brought the world to Africa. Thanks again to all my teammates who made this dream come true. We are the only African country who made it happen and to be the captain of this team is just something special. God bless you all”

Ayew scored two goals at the tournament in Egypt; the second goal in the 4-0 thrashing of England and the crucial leveller in the Round of 16 game against South Africa, which the Satellites went on to win in extra-time.

10 years ago we brought the world to Africa 🇬🇭 🏆u20 Black satellites ❤thanks again to all my team mates who made this dream come true.. We are the only African country who made it happen.and to be the captain of this team is just something special⚽ God bless u all 🙏🏾 🇬🇭🇬🇭🏆🏆 pic.twitter.com/M9MfLgTEug

His teammate at the tournament, defender Jonathan Mensah added that the experience in Egypt was “magnificent” and the players would “cherish these moments forever.”

The player who has become a mainstay in the Black Stars defence acknowledged that a number of the members of the team went on to represent the country at the senior level.

10 yrs ago, we did what no other African country has done; win the U-20 world cup. That period in Egypt was magnificent and I am glad to see many of us have gone on to play big roles in the Black Stars. We would cherish these moments forever and hope for more. 🙏🏽❤️🇬🇭🇬🇭🇬🇭 pic.twitter.com/03gRyWlfWs

"Why are you angry?" - Mane reveals Salah confronted him after bust -up