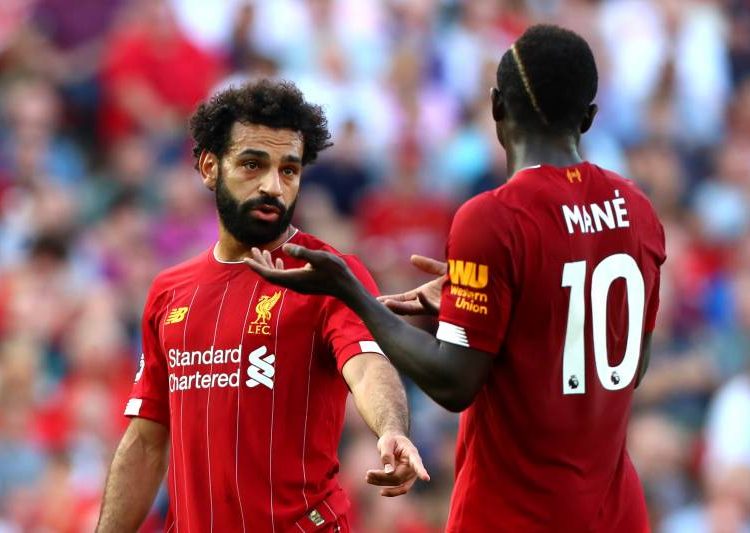 Sadio Mane has admitted that teammate Mohammed Salah confronted him in the changing rooms after their incident at Burnley earlier in the season.

Mane was incensed with his Egyptian team-mate back in August when he failed to square the ball to his unmarked team-mate, instead trying to add a fourth goal to Liverpool’s tally on his own.

When Mane was taken off by Jurgen Klopp a few minutes later he was still raging, and now the Senegal international has revealed all on what happened when the team got back to their dressing room at Turf Moor.

Mane told Canal Plus: ‘He said to me “Sadio, why are you angry?” I told him, “You needed to give me the ball, Mo”, to which he replied, “I didn’t see you. You know I’ve got nothing against you”.

‘I know that, but his reaction was a bit strange to me. We talk on the phone sometimes, we text each other and we don’t have a problem.

‘We talked between ourselves, and then the manager called me into his office and we spoke. I told him it was already sorted and he was pleasantly surprised.’

Although the pair have both publicly denied that their spat is ongoing, the statistics don’t look particularly favourable when it comes to their partnership.

As the Reds pair battle it out for the Golden Boot, it has emerged that Salah hasn’t created a single chance for Mane in their matches together so far this season.

Liverpool currently have a 100 per cent win record in the league, but Klopp will be desperate to make sure that there is no bad blood bubbling under the surface between two of the club’s most important players.