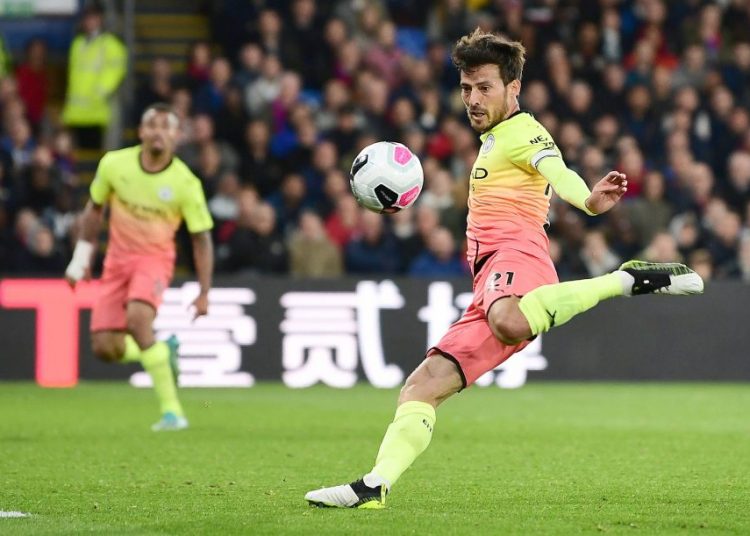 Manchester City got back to winning ways in the Premier League with a 2-0 win over Crystal Palace on Saturday.

Pep Guardiola’s side suffered a surprise defeat at home to Wolves before the international break but eased to a comfortable win at Selhurst Park.

Gabriel Jesus got the scoring started before David Silva added a second just before half-time.

Manchester City was without Kyle Walker (ill) and Nicolas Otamendi (knock) for their match at Crystal Palace.

City fielded midfielders Fernandinho and Rodri at the heart of the defence, but Palace was without goalkeeper Vicente Guaita and Martin Kelly due to injury.

Wayne Hennessey and James Tomkins replaced them, while captain Luka Milivojevic returned from suspension to take the place of James McCarthy in midfield.

City finished the first half with a flourish as they took a 2-0 lead into the break at Palace.

Gabriel Jesus broke the deadlock with a glancing header in the 39th minute before David Silva added a beautifully-crafted second two minutes later.

Raheem Sterling scooped a pass-through to the Spaniard as he broke into the area, Silva meeting it with a first-time volley with his left foot which flew low through the legs of the keeper.

Goalkeeper Ederson was rarely troubled back made two excellent saves late on to preserve a clean sheet and give them the deserved three points.

City closed the gap on Liverpool to five points ahead of the Reds’ match with Manchester United on Sunday.

Roy Hodgson’s side remains in sixth place with 14 points from nine games.