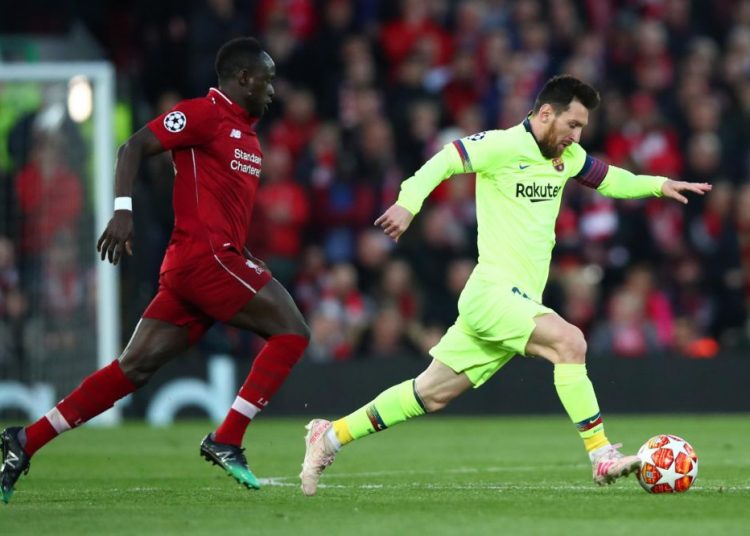 Sadio Mane struggled to contain his joy after learning Lionel Messi voted for him in the FIFA World Player of the Year award.

Although the Barcelona captain lifted the prestigious trophy, he recognized Mane’s incredible achievements.

The Liverpool striker has been scintillating in 2019, needing just one more goal to hit 20 for the calendar year.

If he were to do so, the Senegal star would become just the sixth player in Liverpool’s history to achieve this.

However, being named the best in the world by a footballer as talented as Messi is something that will stay with him for life.

“It’s a great compliment when Messi votes for you,” he told The Times.

“If you look at where I’ve come from, it shows I’ve come quite far.

“Without being for a long time at an academy, I got here.

“All I can say [to kids] is to keep working hard and go for your dream.”

Asked if he’d vote for Messi, he said: “Yes, for sure… after Virgil [van Dijk]. “No, Virgil is a great, great player but sorry Virgil, it has to be Messi before you.”

The Argentina captain, who actually talked up the qualities of Van Dijk, also voted for Cristiano Ronaldo and Mane’s Liverpool team-mate Mohamed Salah, the reigning African Player of the Year.

Mane is the betting favourite to usurp Salah at this year’s ceremony, with suggestions of a professional ‘rivalry’ quashed by the former Southampton striker.

Despite their alleged row at Burnley in August, Mane is adamant the pair are absolutely fine both on and off the pitch.

He added: “I was just frustrated because it was a pass from Mo [that should have been played] but to be honest it could happen from me [to him] sometimes.

“It is just part of football. He’s a really, really great person and I like him and, after, we spoke about it.

“He said he didn’t see me and we moved on and forgot about it.

“I was just frustrated because we’re competing against Manchester City, who score so many goals, and we need to be more clinical and to use these situations as a team to help each other score.”