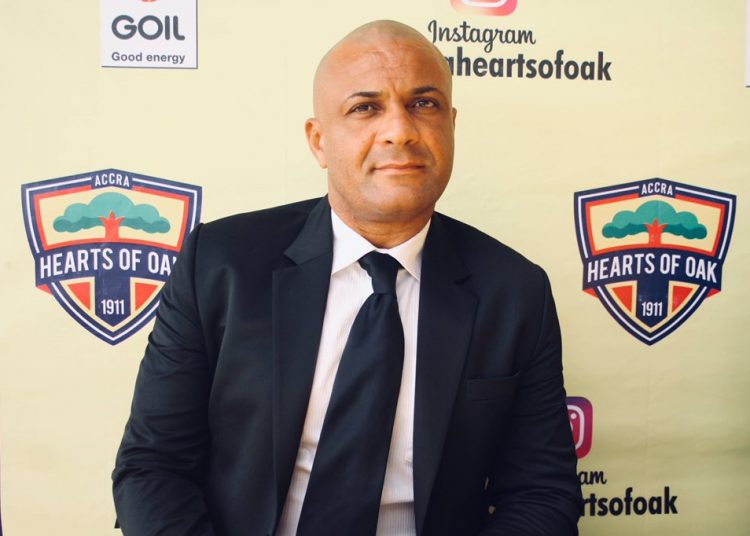 Head coach of Accra Hearts of Oak, Kim Grant, may have watched his team beat Great Olympics to win the 2019 Homowo Cup over the weekend but he is not getting overexcited especially as the new season approaches.

Hearts won the cup match 3-1 on penalties after it ended 1-1 after regulation time to give some silverware ahead of the start of the new football season in November.

After the match, Grant spoke on proceedings and how he was getting the team ready for the impending football season.

“It has not been a smooth pre-season for me because I had players withe the national teams and there were others who were injured.

In addition, I had some players coming in and they needed to gel with the rest of the team but then, I think we did well against Olympics.

I am still building the squad for the new season and I believe that things will get better when I have everyone back, the squad will be stronger.”

Grant and Hearts of Oak will hope to show more of the promise that was on display during the NC Special Competition as they made the last four of the competition.

In September, the Normalisation Committee proposed November 3 as the date for the start of the new Ghana Premier League season.