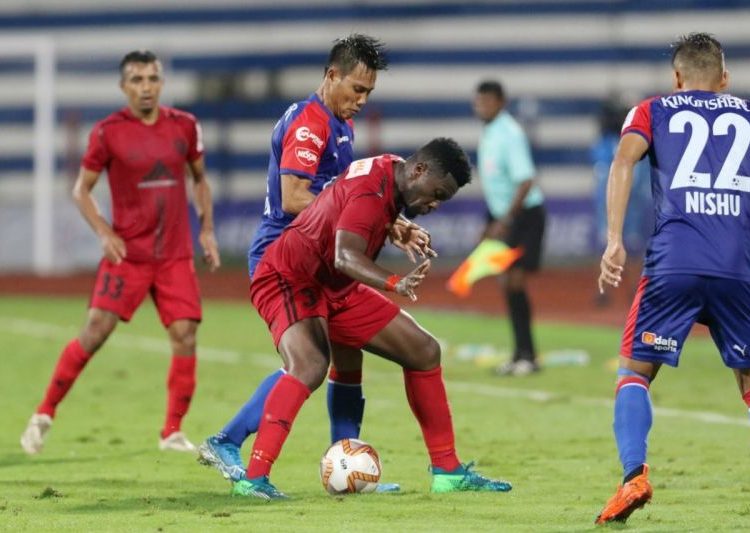 Gyan joined the team in September this year after leaving Kayserispor in Turkey at the end of the last European season.

The match ended goalless at the Sree Kanteerava Stadium in Bangalore.

Gyan started the match and led the attack for NorthEast United in their 4-2-3-1 formation and almost had his first goal in the 35th minute but his attempt was ruled out for an offside decision.

Despite his exertions, Gyan could not get a goal on the opening day of the league and was replaced by Maxi Berreira in the 8th minute.