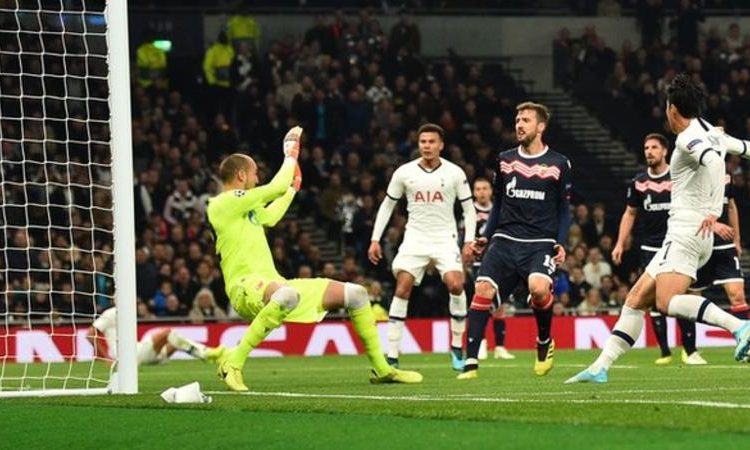 Mauricio Pochettino’s side needed to produce a response after they were thrashed 7-2 at home by Bayern Munich in their last Group B game and after losing a two-goal lead to draw with Olympiakos in the opening round of matches.

And they secured their first win in emphatic fashion as an early header from Harry Kane and two smart finishes from Son Heung-min gave them a three-goal advantage by half-time.

Red Star, who were backed by a large group of fans despite Uefa restrictions imposed after incidents of racism at a qualifier against HJK Helsinki in July, had no answer as Erik Lamela scored a fourth and Kane added another.

It was a performance and a scoreline to give Pochettino and Spurs a much-needed injection of confidence after their indifferent start to the season, and before Sunday’s daunting visit to Premier League leaders Liverpool.

Perfect platform for Pochettino and Spurs

Pochettino would have gratefully accepted any sort of good news after their recent miserable run that comprised that record loss to Bayern here in the Champions League, a heavy defeat at Brighton and a fortunate draw at home to struggling Watford last weekend.

This, then, was exactly what he was hoping for as Spurs put their troubles behind them to dominate a timid Red Star and get themselves right back into their group.

Spurs, as they actually did before being swamped by Bayern, started with real intensity and quality and on this occasion were helped by opponents who had neither the resources to resist nor the firepower to offer any serious threat.

This was effectively the ideal environment for Spurs to at least banish some of their troubles and play themselves back into the form that has made them a permanent presence in the upper reaches of the Premier League in recent seasons and Champions League finalists last term.

The talent remains within this Spurs side, as exemplified by Son and Kane, but they have needed something to re-ignite the spark that took them so far last season.

Time will tell if this victory provides it as the mediocre standard of the opposition must put the win in context – but it at least provides Spurs and Pochettino with some sort of platform.