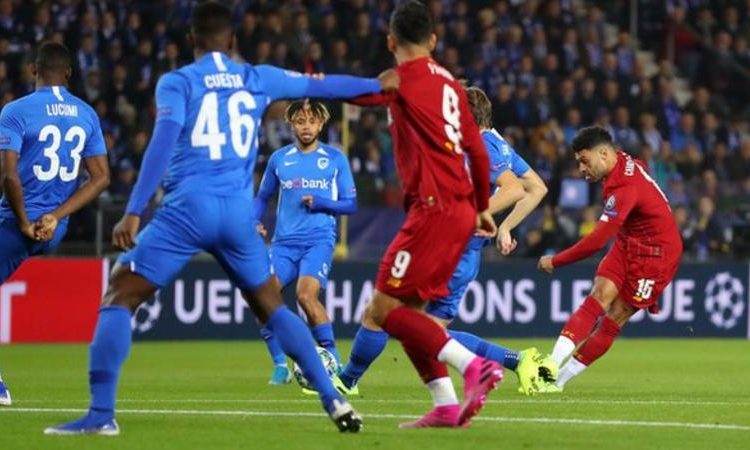 The Reds’ 100% start to the Premier League season ended with a draw at Manchester United on Sunday, but they returned to winning ways by showing their class in the Group E match.

England international Oxlade-Chamberlain, who missed almost all of last season with a knee injury, drilled in a low shot in the second minute and brilliantly converted a second with a cool, first-time finish from Roberto Firmino’s pass.

Sadio Mane dinked in the third from Mohamed Salah’s through ball and the Egyptian turned past a defender and rolled home the fourth late on.

Liverpool face Tottenham in the league on Sunday (16:30 GMT) and Oxlade-Chamberlain said: “We have gained confidence from the whole season, not just this game and the last 20 minutes against Manchester United.

“We saw that we have a lot to improve on and it was the same again tonight, but we’re getting results, which is good.

“The manager will tell us we have a lot of points to improve because we’ve got to get them right if we’re to get another good result at the weekend.”

Belgium champions Genk had responded well to falling behind and were unfortunate not to equalise – striker Mbwana Samatta dragged a shot wide and had a towering header ruled out for a tight offside call.

Striker Paul Onuachu had a low shot palmed out by Alisson, and the Brazilian goalkeeper was eventually beaten with two minutes left through a Stephen Odey consolation.

Liverpool remain second in the group, a point behind leaders Napoli who came from behind to beat Red Bull Salzburg.