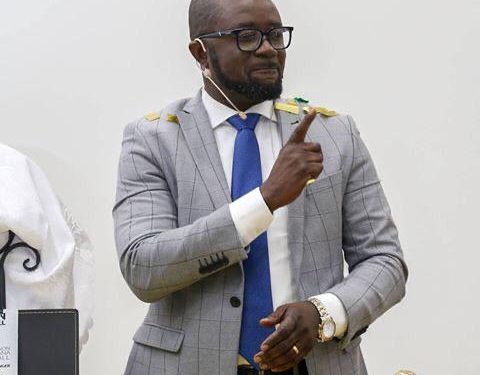 Chief Executive Officer of Dreams FC, Kurt E.S Okraku has been sworn in as the new president of the Ghana Football Association.

Kurt now fills the vacant GFA Presidential seat previously occupied by Kwesi Nyantakyi who left office in 2018 after he was implicated in the corruption exposé in Ghana football by investigative journalist, Anas Aremeyaw Anas.

Okraku led the elections from the very first to the last round. In the first round he had 44 votes.

Nana Yaw Amponsah saw his votes tally slashed from 27 in the first round to 16 in the second.

The newly elected Executive Council members were also sworn into office with the new president of the Ghana Football Association.