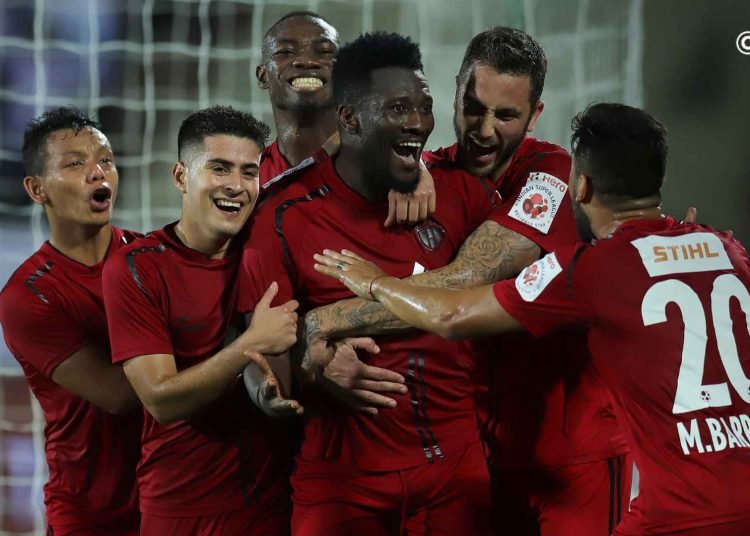 Asamoah Gyan is already becoming a fan favourite for his new side, NorthEast United.

Gyan endeared himself to his new fans on Saturday, scoring the winner for his side with his first goal in the Indian League.

With NorthEast’s game against Odisha seemingly heading for a 1-1 draw, Gyan stepped up in the 84th minute and headed home from a corner to give his side the win. 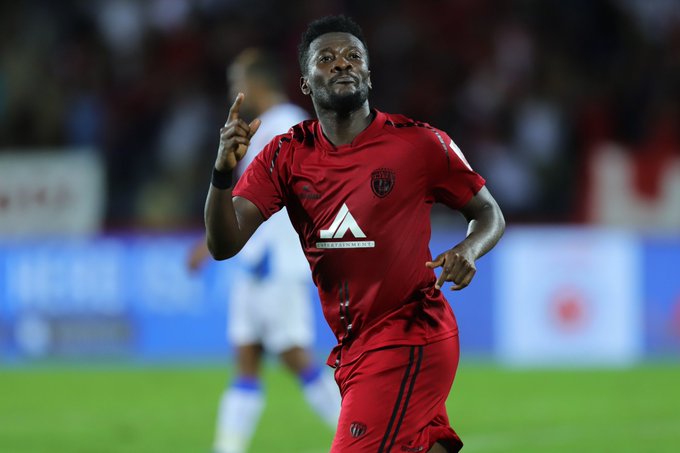 He capped it off with a typically enthusiastic celebration.

And after the game, Gyan was named Hero of the Match, the team’s variation of Man of the Match. 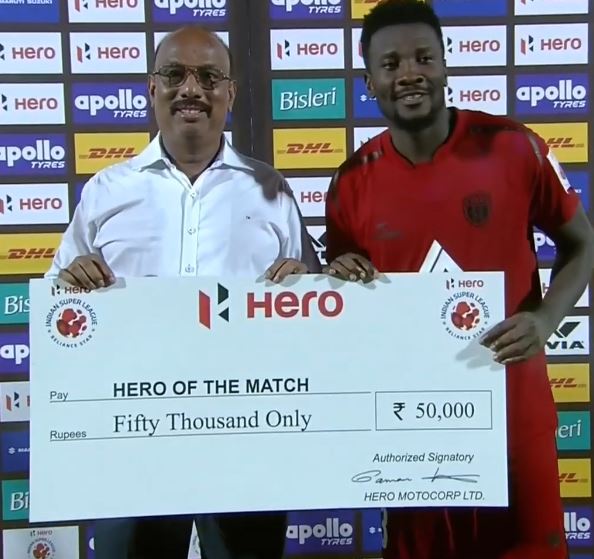 The goal was Gyan’s first competitive goal for his side in only his second game and sets the stage for yet potentially sterling campaign for the former Black Stars captain.