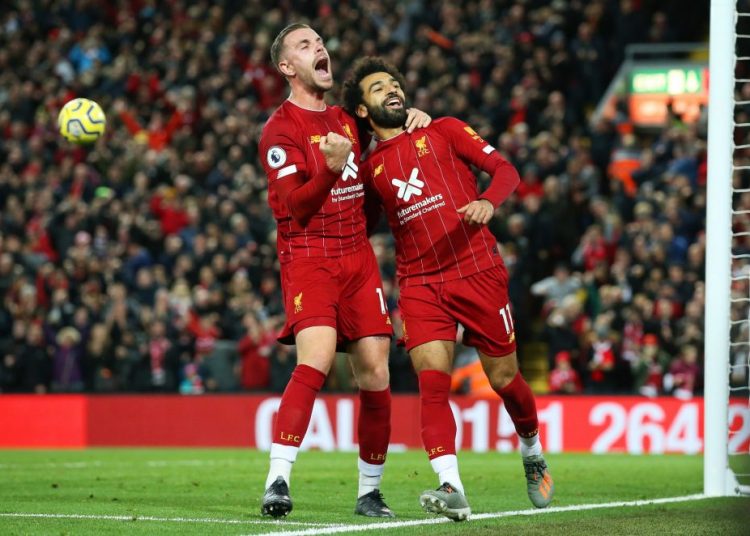 Share on FacebookShare on TwitterShare via Whatsapp
Liverpool got back to winning ways in the Premier League after coming from behind to beat Tottenham 2-1 in a hugely entertaining contest at Anfield.

Spurs got off to a dream start though, with Harry Kane’s header on the rebound giving them the lead inside the first minute.

The hosts peppered their opponents’ goal but Paolo Gazzaniga was equal to efforts from Virgil van Dijk and Trent Alexander-Arnold while Sadio Mane missed a glorious chance.

After the break, Heung-min Son missed an open goal – hitting the bar with a left-footed effort after rounding Reds keeper Alisson Becker.

Jordan Henderson’s well-taken finish leveled the game moments later as the Reds, roared on by their fans, searched for a winner.

And that winner came from Egyptian international, Mohamed Salah, who powerfully struck home a penalty after Mane was fouled by Serge Aurier.