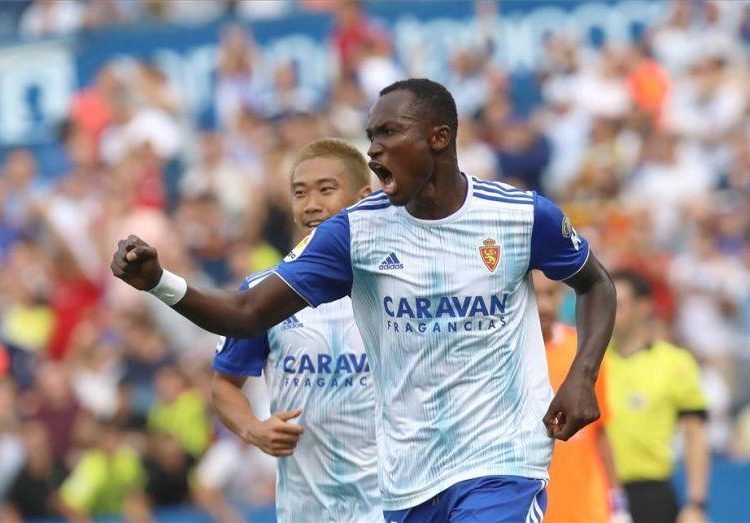 Reports in Spain are hinting strongly that Real Zaragoza and Ghana forward, Raphael Dwamena, could end their relationship due to challenges to the player’s health.

Earlier in October, the club stated that the player was going to be out of action for a period following some health issues with his heart that popped up during a routine medical examination.

No time frame was put on his absence but according to Spanish portal, El Diario Heraldo, the club may be making moves to get a replacement for Dwamena but they will make a definitive decision if further medical examinations prove that Dwamena cannot play football any longer.

At the same time, the club has said that it will support Dwamena and respect his privacy in this period.

Should that happen, Real Zaragoza will fall on Article 124 of Spanish football regulations which talks about registering a player outside the regular window.

In addition, the club’s decision to sign a replacement will also be justified should Dwamena’s recovery take more than five months.

Per Spanish football regulations, in such cases, medical officials from the Spanish FA will have to confirm the period of inactivity on the part of the player and that will help Zaragoza to sign a replacement.7

Already, reports are that Zaragoza may be looking at Brazilian forward, Jonathas, Dwamena’s replacement for the rest of the season.

So what is Dwamena doing at the moment?

The player is currently seeking medical attention from several quarters including specialists in Switzerland and Spain to get a resolution to the challenges and the club has promised to give all the needed support during this time.

Before being ruled out, Dwamena had scored two goals in 9 appearances for Real Zaragoza in his loan spell from Levante.

Is this new to Dwamena?

Not at all. Dwamena’s heart issues came up during a medical as he tried joining Premier League side Brighton and Hove Albion in 2017 from FC Zurich of Switzerland.

The issues affected his medical and the deal fell through.

Olympics must not get carried away by Premier League inclusion - Pappoe