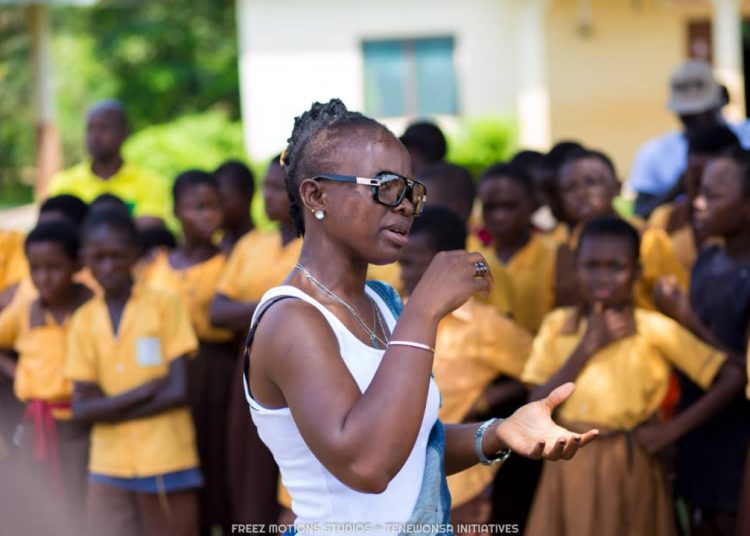 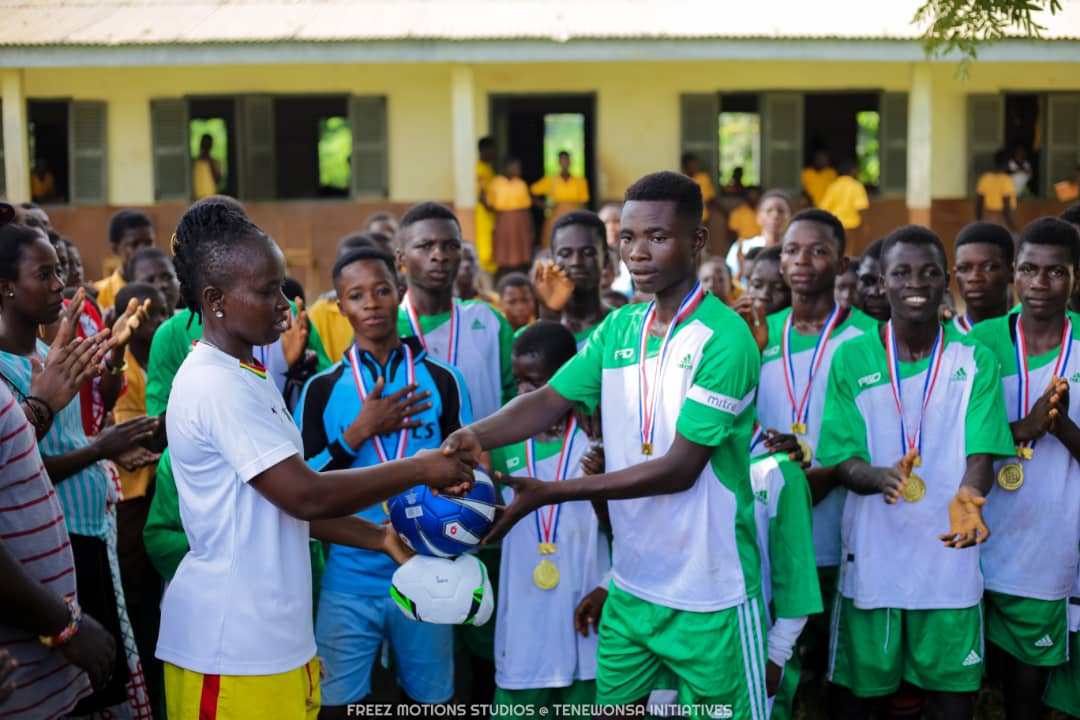 She indicated that she is using the experience she has acquired over the years to impact the society to educate the pupils that playing football is not a crime but they must make sure they combine it with education.
Ms Awuah admonished parents that they should not discouraged their girl-child who wants to play football but rather encourage them to combine  football and education.

” I suffered a lot when I started playing football because my parents did not want me to play football as a girl. But combing education and football it has really helped me, I am confident and can speak and express my self whenever I am given the opportunity. “

Doreen who is the General Captain for Ampem Darkoa Ladies has played for Taxi Queens, Telecom Ladies, Sunyani,Telecom Ladies, Takoradi and Reformers Ladies. She also featured for the Black Queens in 2007 Women’s World Cup held in China.
She is a product of Sunyani Technical University where she graduated with Diploma in Business Studies.
Pupils who participated in a football gala were given medals. 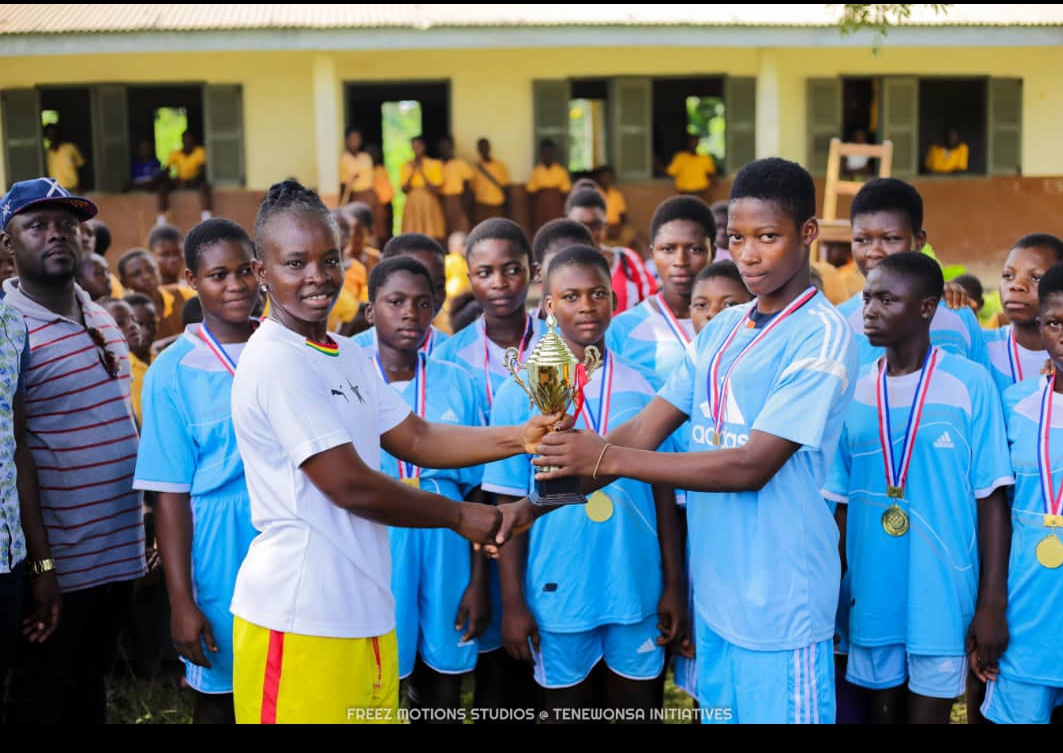