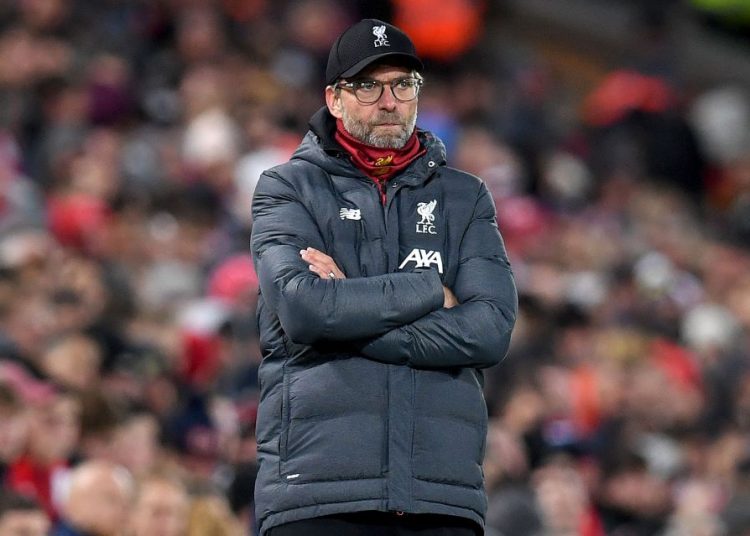 Jurgen Klopp has suggested Liverpool may not play its Carabao Cup quarter-final tie if the EFL cannot give them an appropriate date for the fixture.

A crazy fourth-round game had an equally dramatic finish as the Reds beat Arsenal 5-4 in a shootout at Anfield on Wednesday night after Divock Origi’s goal deep into injury time had made it 5-5 in normal time.

Match dates for the last-eight round of the Carabao Cup are scheduled for the week commencing December 16, when Liverpool will be in Qatar at the FIFA Club World Cup.

The Reds are due to play the semi-final of the global club competition on December 18, with a final or third-place play-off three days later.

Klopp said: “If they can’t find the proper date for us and I don’t mean Christmas Day 3 am… then we can’t play the game. Our opponents will progress.

“We will not be the victims of this problem.

“Hopefully it starts now that they think about the fixtures.

“I think a lot of people from the Premier League were watching on TV hoping Arsenal do it. Sorry!”

He added: “FIFA tells us we have to go to the Club World Cup, the Premier League tell us we have to play in the Carabao Cup so we try to play it, but if we don’t find time it will not happen in our winter break or whatever they give us, because we need that.

“So, I don’t care to be honest. It just shows what the problem is. Everybody wants us to play constantly, we’ve just thought about tonight – we’re not thinking about the next round.”

The English Football League released a statement in reply to the Liverpool manager’s comments, saying:

“The EFL is in discussions with Liverpool to identify an alternative date given the club’s participation in the FIFA Club World Cup competition.”

Liverpool’s participation in the Club World Cup, which has come about after they were claimed their sixth Champions League title in June, has already postponed their league trip to West Ham.

And the European Champions are due back in England just days later for a Boxing Day clash against Leicester.