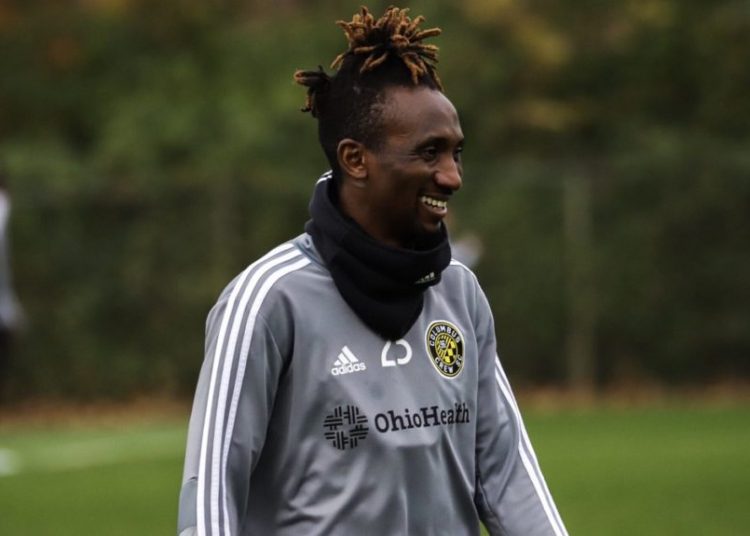 Ghana defender, Harrison Afful, has extended his stay with MLS side, Columbus Crew for another year. The club announced the deal on Thursday as they put together their team for the 2020 MLS season.

Afful joined the Crew in 2015 and has so far made 117 appearances for the team. His efforts and output seem to have delighted the team and so, they were very eager to get him to commit to them for another season.

According to the team’s President and General Manager Tim Bezbatchenko, the Ghanaian has been an important part of their setup and so, having him around for the coming year was not negotiable.

“We are glad to have reached an agreement with Harrison which allows him to remain with Crew SC.

Harrison has emerged as one of the Crew’s veteran voices since joining the Club and his contributions as a leader are vital to the success of our team.

I also want to thank our Technical Director Pat Onstad for his efforts to get this over the line.”

Columbus Crew head coach, Caleb Porter, said that Afful’s quality was very valuable to the team and such quality was always important to have despite the player’s age of 34.

“We just have to make decisions based on what we know and the best, as they always say, the best indicator of future performance is past evidence. So Harry has proven that he can do it. He looks young, you know? So forget age, he can do it, and he has proven to be one of the better right backs in the League, he fits our profile and we’re happy to have him back.”

On his part, Afful said that he was ready to give a lot more to the team.

“The most important thing for me is to keep believing in myself and keep playing well. I do not think of my age when I get onto the pitch to play. What I need to do is to take care of myself and do the right things.”

Admiration for Afful does not only come from the people running Columbus Crew. His team mates hold him in high esteem and they speak very well of him.

“To me he’s been the best right back in the League for a long time. He’s someone who defensively is sound, but I mean, he pretty much plays as a forward. So, someone who can cover that much ground, who is a great guy in the locker room. He’s not much of a vocal leader, but to me he’s more one of those guys that leads on the field.”

“He is the kind of player that will fit in any system, any system,” Mensah said. “He’s fit in Gregg’s system, he’s fit in Caleb’s system, he’s just a versatile player. Plays left back, right back, and going forward, he gives you a lot, and defensive as well. He’s one of the big pieces for the team and it’s great to see him sign again with the team.”

Despite the Crew’s failure to make the post season, Afful played 22 times and created 2 goals for the team.