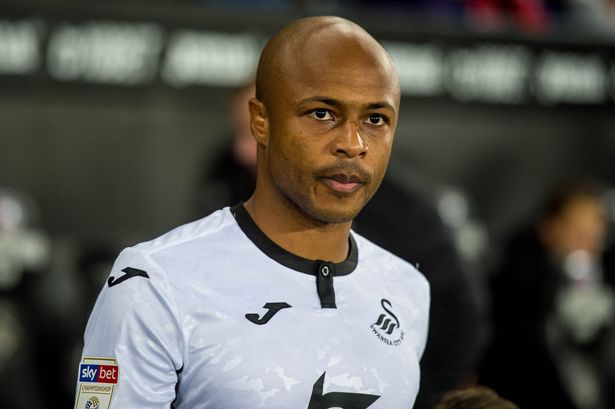 The Ghanaian appeared destined to leave the club in the summer but pledged his future to the Swans at the end of August after returning to the first-team fold under Cooper.

He has hit top form of late, scoring in consecutive league matches against Charlton, Stoke City and Barnsley to add to the brace he bagged against Northampton Town in the Carabao Cup.

The 29-year-old also scooped the man-of-the-match award for his stunning display in Swansea’s 1-0 win over Cardiff City last time out, a game in which Ayew led the attack for the hosts at the Liberty Stadium.

And Cooper has revealed the Ghana international can play in any of the four attacking positions in his side’s preferred 4-2-3-1 formation, adding that he has been a key figure in the dressing room at Swansea.

“I don’t think he has a best position. I think he can play in any of the front four positions, at nine, 10 or either side,” said the Swansea head coach.

“I think the key to it is getting him somewhere on the pitch where he can really make a difference. In the games he’s played wide right he could have scored in every game.

“He scored in four of them, including when he came back into the team in the League Cup against Northampton.

“He could have put us two up against Reading, he could have scored against Bristol City, he’s making those chances. So I think that’s the key to Andre, putting him in a place on the pitch where he can have the biggest impact.

“He is a goal threat, regardless of where he plays. We look at what it takes to win a game and then we try to put the players in the right positions that’s best to do that.

“We just hope he can stay in the form he’s in. He’s been a really positive influence around the group, he’s obviously a talented player and he’s motivated.

“He performs well himself but he gets the best out of others around him aswell. He’s vice-captain, and that’s what you want from captains and vice-captains.”