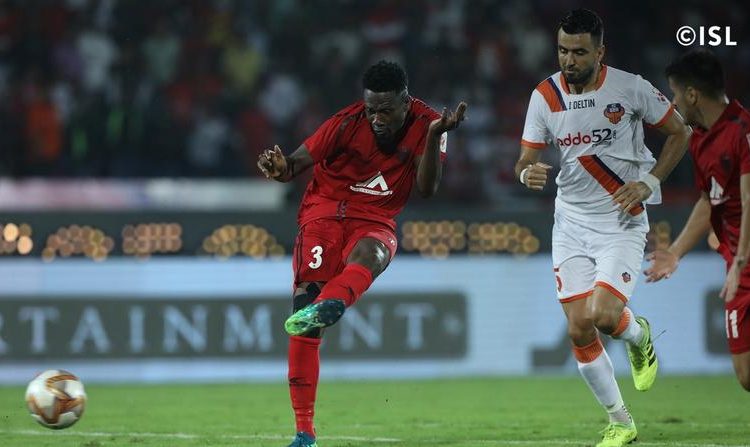 Ghana forward, Asamoah Gyan, scored his 2nd league goal for NorthEast United on Friday as they drew with FC Goa in the Indian Super League on Friday.

Gyan was starting his third straight league game for NorthEast United since joining them in September.

The team went down to a a Hugo goal in the 30th minute and Gyan tried to get NorthEast United back to parity in the 34th and 40th minutes but his efforts were not successful.

However, he got his opening in the 53rd minute and curled in a lovely effort to tie the scores at 1-1 and send the crowd into ruptures.

Gyan was substituted in the 82nd minute and was replaced by Maxi.