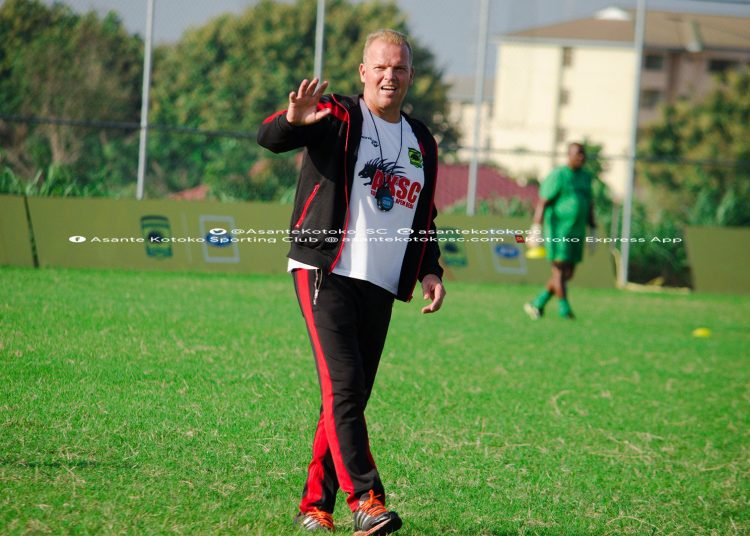 Pressure is growing on Kumasi Asante Kotoko Head Coach, Kjetil Zachariassen, after his side was dumped out of the CAF Confederation Cup.

The Porcupine Warriors were beaten 2-1 on aggregate by Ivorian side San Pedro after losing 2-0 in the second leg.

The defeat was a bitter taste of nostalgia for Kotoko, who got kicked out of the CAF Champions League in similar fashion at the hands of Etoile du Sahel, after entering the second leg with a two goal advantage.

Zachariassen replaced CK Akonnor as Head Coach of the Porcupine Warriors, who qualified Kotoko for the group stages of the Confederation Cup last season.

Fans of the club took to social media after the disappointing result at San Pedro to demand the dismissal of the Norwegian.

What Is The Difference Between Kjetil Zachariassen And Kwesi Appiah ??

That lost to @SanPedroFC can easily be coach Kjetil Zachariassen last game as head of @AsanteKotoko_SC technical team. Is obvious he hasn’t been that great. But must the appointing authorities not made to answer some questions too? pic.twitter.com/DGJl4sBElm

If you have block headed coach like Kjetil Zachariassen it will take you years to make impact in Africa continental competition.
I’m glad that he is from Abidjan so it makes his sacking easier for us Kotoko. #DropthatObronii

U-23 AFCON: “We have a winning mentality”- Ghana coach Ibrahim Tanko

U-23 AFCON: "We have our eye on Tokyo 2020 Olympics"- Cameroon head coach Rigobert Song