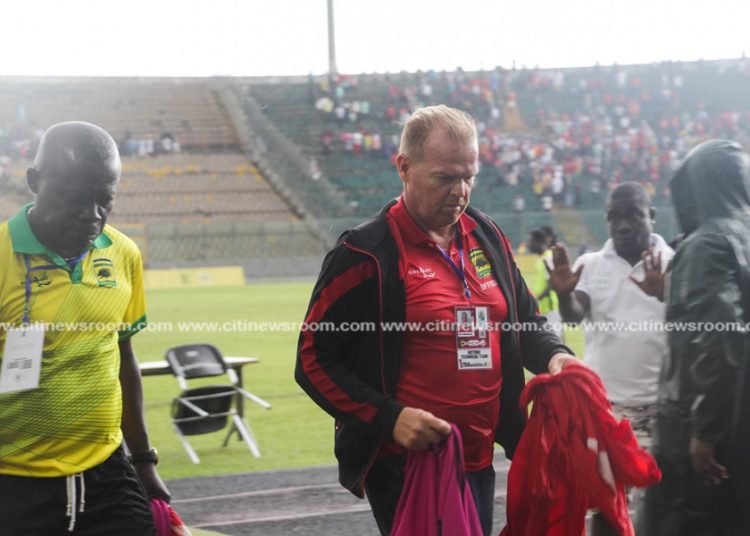 Kumasi Asante Kotoko head coach Kjetil Zachariassen has been told to remain in Cote d’Ivoire and not return to Kumasi because the management of the club cannot guarantee his safety, that’s according to his agent Charles Kouadio.

The development is as a result of Kotoko’s failure to make the CAF Confederation Cup Group stages, having suffered a 2-1 aggregate loss to Ivorian side San Pedro.

The Norwegian was previously based in Cote d’Ivoire before Ashantigold hired him last year. He joined Kotoko in July 2019.

Irate Kotoko fans who made the cross-country trip to Abidjan to witness their team’s exit were captured on video hauling insults at the Danish trainer following the team’s embarrassing capitulation.

“The management called me after the game to ask me to talk to Zachariassen that they cannot guarantee his security in Kumasi for now.

“And I agreed with them because we all saw the reactions of the fans after the game; and they are right to react that way because everyone wanted the team to qualify,” he said.

“So I told Zachariassen what Kotoko told me and he accepted. So as I speak, he is in his house in Abidjan. He has a house in Abidjan,” Kouadio told Kumasi-based Oyerepa FM.

Kuoadio also revealed in the interview that he has been told by Kotoko management to ask Zachariassen to resign, a request the former Ashantigold trainer declined.