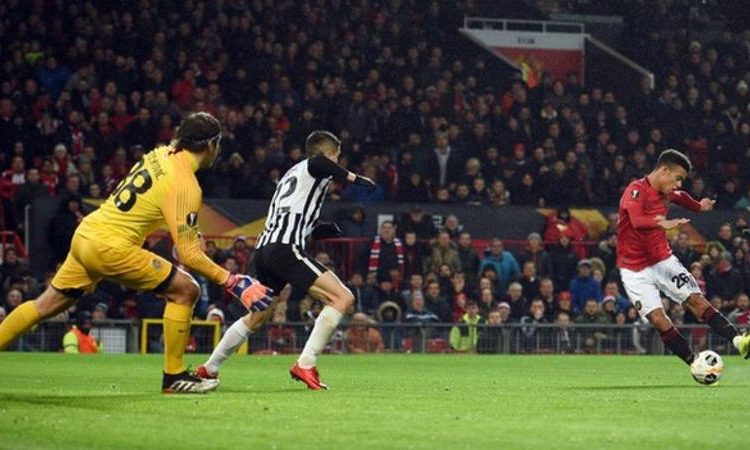 Manchester United manager Ole Gunnar Solskjaer said his side provided a “template” for how they should play this season as they beat Partizan Belgrade to reach the Europa League last 32.

First-half goals from Mason Greenwood and Anthony Martial were followed by a powerful finish from Marcus Rashford after the break to complete United’s biggest home win since August, with Solskjaer describing the performance of his front three as “high class”.

The result keeps Solskjaer’s men top of Group L. Victory in their final match against AZ Alkmaar on 12 December will ensure a top seeding in the last 32, no matter what happens when they go to Kazakhstan to play Astana in three weeks.

“Too many times we’re 1-0 up and haven’t got the second but these boys are learning and this will give them loads of pointers of how we play when performing well,” said Solskjaer.

“The opposition is not the same as in the Premier League but these are still good principles.”

Manchester United are the only side in the competition not to concede a goal this season. It also extended their unbeaten run in the Europa League to 15 matches, three short of Chelsea’s tournament record of 18.

It wasn’t all good news for United, though. Scott McTominay hurt the inside of his right foot in an innocuous challenge and although the Scotland midfielder tried to continue, he had to be replaced by Jesse Lingard 15 minutes from time.