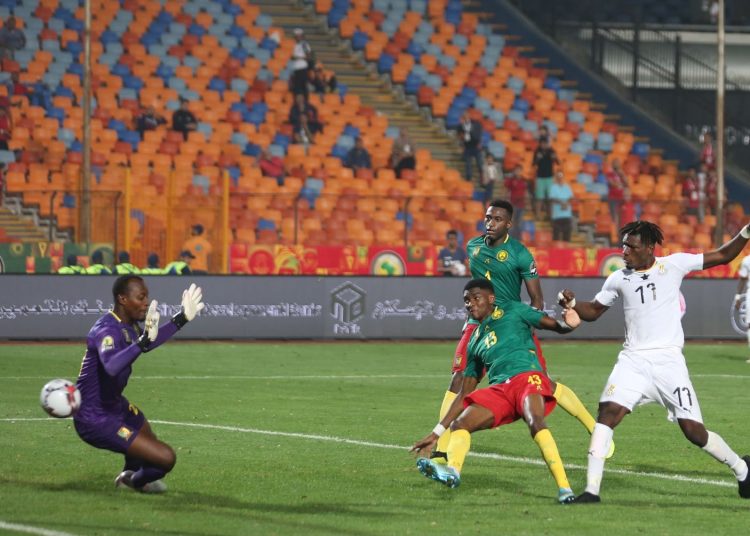 Ghana’s Black Meteors began their U-23 AFCON campaign with a 1-1 draw on Friday night in Cairo.

The Meteors needed an 87th minute goal from Habib Mohammed to get the draw after they fell behind to Cameroon in the 60th minute.

After a Ghanaian foul just outside the penalty area, Frank Evina curled in a lovely free kick for the Cameroonians who were the more imposing of the two sides due to their superiority in the physical battles all over the pitch.

Ghana struggled to make things work and coach Ibrahim Tanko had to find a way of making things work by making some changes in the form of Samuel Obeng.

Eventually, Habib Mohammed went up the field and managed to stick the ball into the net from a looping cross that fell kindly to him.

The result leaves both teams on one point with Egypt leading on three after they beat Mali 1-0 earlier on Friday.