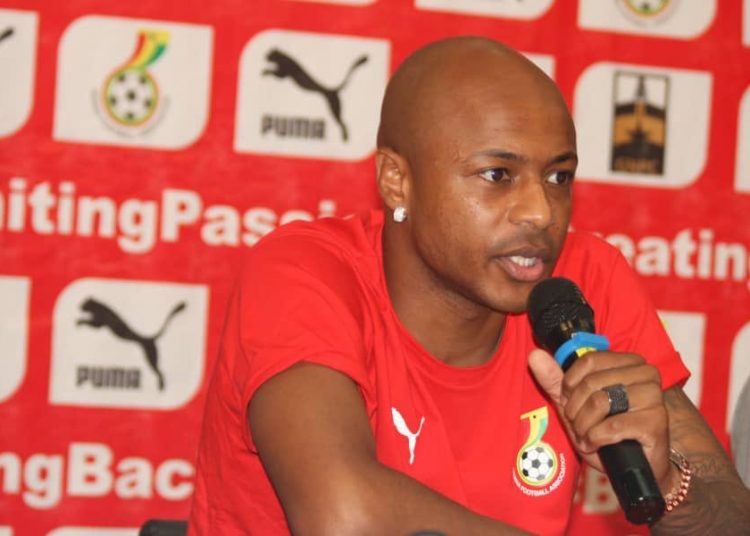 Black Stars captain, Andre Ayew, is not balking at the weight of expectation that surrounds Black Stars matches and is fully prepared to face the first Group C test of the AFCON 2021 qualifiers against South Africa on Thursday in Cape Coast.

The match is the first Ghana will have to go through if they will yet another appearance at the AFCON and they face familiar opponents, South Africa.

The match in Cape Coast is also the first for the Black Stars since the round of 16 exit to Tunisia in the 2019 AFCON in Egypt and fans will hope that the Stars can deliver a good performance and a victory and Ayew said at Wednesday’s pre-match press conference that he and his team mates were aware of the fans’ demands and they would strive to get the job done.

“If you play for the national team and there is no pressure, then you do not know what lies ahead of you. I have come to see that in football, there are either good results or bad ones but whatever happens, life continues.

The match is very important and the task for us is to qualify for the AFCON. We want the victory in front of our fans and we will give everything for that. I believe we are going to qualify and so, there is no pressure as such.”

The two teams will aim to get points on the board after Sudan thumped Sao Tome 4-0 on Wednesday to go top of the group.

After today’s match, the two teams will have to quickly get ready for their second matches in the series with Ghana traveling to face Sao Tome on November 18 and South Africa hosting Sudan on November 17.

The last time Ghana met South Africa in a competitive match, Ayew scored the winner in a 2-1 victory in a group game in the 2015 AFCON.

U-23 AFCON: What Ghana’s Black Meteors need to do to qualify from their group

U-23 AFCON: What Ghana's Black Meteors need to do to qualify from their group