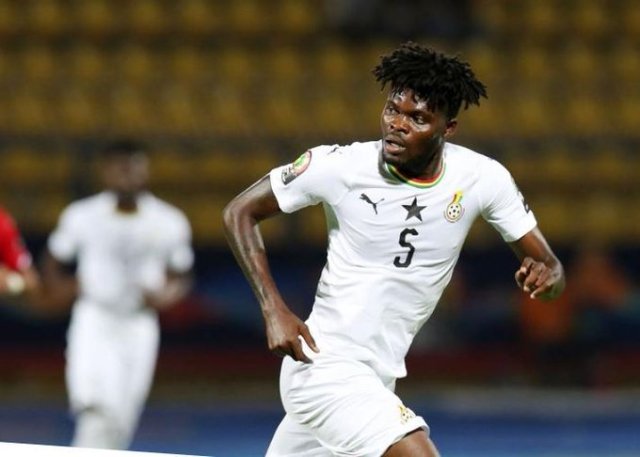 It seems the Black Stars are not feeling complacent after their 2-0 victory over South Africa on Thursday in the 2021 AFCON Qualifiers and they are already getting ready for their second assignment in Sao Tome and Principe.

The team had a recovery session at the Madina astroturf or Zurak Park on Friday afternoon that saw fans of the team showing up in their numbers to watch their favourite players in the team.

The players who took part in yesterday’s match against South Africa taking it cool at training.#AFCON2021Q #SaoTomeVGhana#BlackStars#BringBackTheLove pic.twitter.com/Y1C1oEaHgD

The Black Stars are back to training in Accra, and news of their unexpected arrival at the Zurak Park in Madina has attracted several fans from the community to the training ground.#Afcon2021Q#BlackStars#BringBackTheLove pic.twitter.com/ysZ6JPAxSb

The players went through sessions that were not too intense but were designed to get them ready for Saturday’s session.

In addition to the team’s fans, there were some government officials there to provide support to the team.

They will hold a full training session on Saturday late afternoon at the same venue.

The contingent will the fly out on Sunday to Sao Tome for Monday’s match.

Ghana will be seeking to win and remain in a good place in Group C ahead of the 2020 installment of the qualifiers.

Ghana is currently second in the group to Sudan on goal difference after Sudan beat Sao Tome 4-0 on Wednesday night.