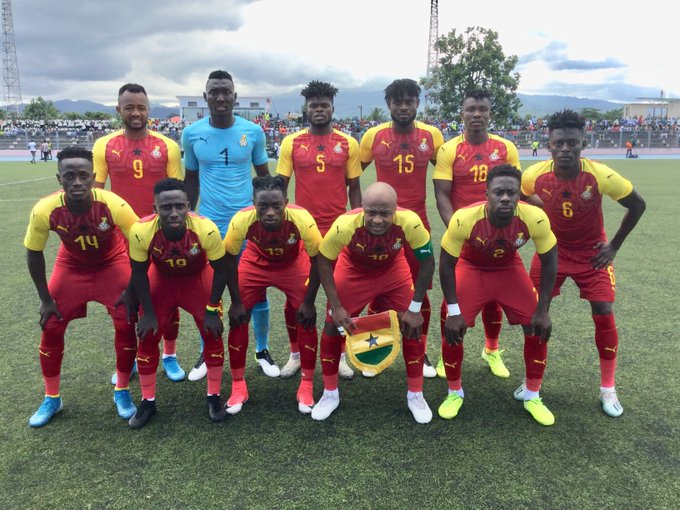 The Black Stars of Ghana will not be spending the night in Sao Tome as they left the island country after the match and headed back to Accra.

The team was in Sao Tome for their second AFCON 2021 Qualifier which they won 1-0 via a Jordan Ayew penalty.

Like the team did on their way to Sao Tome, they boarded a chartered flight back to Accra.

After the match, the Stars went straight to the airport to catch their flight back to Accra before jetting off to the various bases around the world to prepare for the resumption of club football over the weekend.

After defeating São Tomé 1:0 to make it 2 wins out of 2 in the Afcon 2021 qualifiers, the Black Stars are at the São Tomé International Airport ready to fly back to Accra. #AFCON2021Q #BlackStars#BringBackTheLove pic.twitter.com/VD97apAWLV

The two matches played by the Black Stars mark the end of qualifiers for the 2019 calendar year and they will resume in August 2020.

The two victories recorded by Ghana have placed the Black Stars on top of Group C.