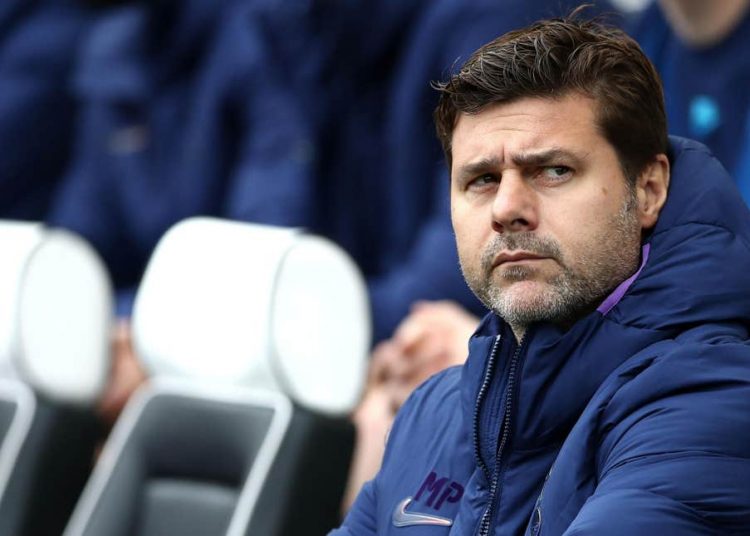 The former Southampton boss, 47, was appointed in May 2014 and led the club to the Champions League final last season, where they lost to Liverpool.

But Spurs have made a disappointing start to the current campaign and are 14th in the Premier League.

“We were extremely reluctant to make this change,” said Spurs chairman Daniel Levy.

“It is not a decision the board has taken lightly, nor in haste. Regrettably domestic results at the end of last season and beginning of this season have been extremely disappointing.

“It falls on the board to make the difficult decisions – this one made more so given the many memorable moments we have had with Mauricio and his coaching staff – but we do so in the club’s best interests.”

Tottenham said in a statement that they would provide an update on new coaching staff “in due course”.

Pochettino guided Tottenham to the League Cup final in his first full season while two third-placed finishes sandwiched a runners-up spot in the Premier League in 2017.

As well as guiding Spurs to a runners-up finish in last season’s Champions League he also secured a fourth-place finish in the league.

His impressive results led to links with Real Madrid and Manchester United.

However, Spurs have failed to build on last season’s exploits this term. As well as their disappointing league form, they were knocked out the League Cup by League Two side Colchester and hammered 7-2 at home by Bayern Munich in the Champions League.

“Mauricio and his coaching staff will always be part of our history,” added Levy.

“I have the utmost admiration for the manner in which he dealt with the difficult times away from a home ground whilst we built the new stadium and for the warmth and positivity he brought to us. I should like to thank him and his coaching staff for all they have contributed. They will always be welcome here.

“We have a talented squad. We need to re-energise and look to deliver a positive season for our supporters.”