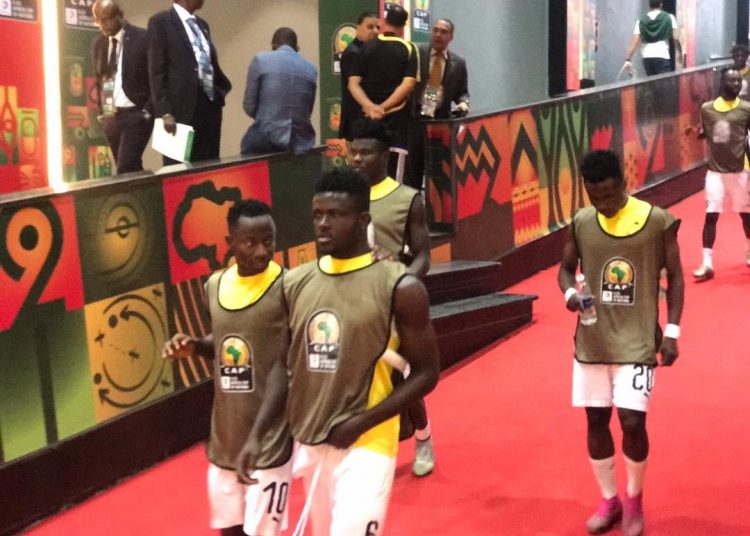 The Black Meteors of Ghana have arrived at the Cairo International Stadium to battle out for a ticket to the 2020 Tokyo Olympics.

The team arrived in high spirits, all fired up for their clash with Ivory Coast.

Ibrahim Tanko has named an unchanged side that beat Mali to book their semi-finals spot and seal an Olympics spot next summer.

Two-goal hero Kwabena Owusu failed to break into the starting eleven despite his strikes in the previous game.

Owusu came off the bench to great effect in the last group game against Mali, netting a brace to power the Meteors to the last four.

It appears Tanko is hoping to bring on the Leganes forward should similar magic be required against the cross-country neighbours.

Kick-off is at 2 pm Ghana time at the Cairo International Stadium.

📍We are here at the Cairo International Stadium 🏟

When the morale is high 😎