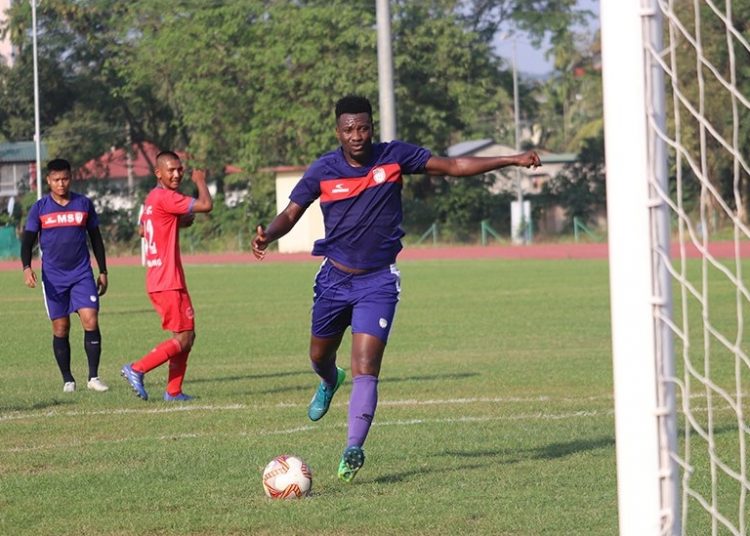 Ghana’s Asamoah Gyan was in sparkling form as his side, NorthEast United took 58 Gorkha Training Centre Football Team to the cleaners in a practice game.

With players still returning to their club sides after the two-week international break, NorthEast United took on Gorkha in the practice match as they looked to stay focused ahead of the return of league football.

Asamoah Gyan who was left out of the Black Stars squad that beat South Africa and Sao Tome & Principe in two 2021 AFCON Qualifiers, showed that he had not lost a step with four goals.

Gyan scored NorthEast’s second goal to put them back in front in the 15th minute before netting his side’s third and his brace in the 26th minute from the spot.

He then found two more goals before the break in the 43rd and 45th minutes as NorthEast ended the half 6-1 up.

Gyan’s side eventually scored five more times before the end of the match as they thumped their opponents 11-1.

NorthEast looked in very good shape as they prepare to face Mumbai City FC next Wednesday.

Unbeaten so far in the league, NorthEast FC sit third on the table with two wins and two draws from four games so far.