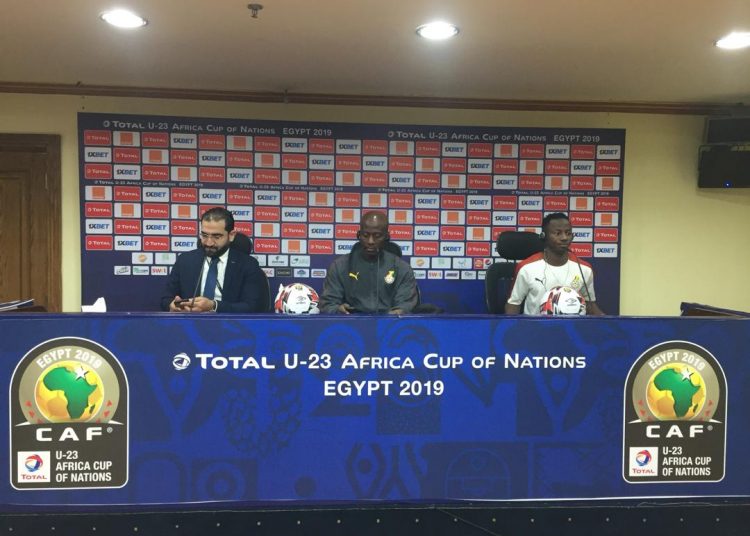 Black Meteors head coach, Ibrahim Tanko, has called on the Confederation of African Football (CAF) to consider introducing the Video Assistant Referee (VAR) in Friday’s 3rd/4th place playoff against South Africa in the U-23 AFCON tournament in Egypt.

Tanko’s appeal was in response to a question on officiating in their match against Cote d’Ivoire in Tuesday’s semi-final.

The referee handling the match failed to give Ghana a penalty after Kwabena Owusu was tripped in the area but after the referee’s action, the player continued the sequence and eventually assisted Evans Mensah for Ghana’s second equaliser of the match.

Tanko says that assuming Ghana had not scored their second goal, their exit would have been painful due to an error from the referee and thus, the VAR will help make the playing field level for all teams since all decisions will be given a proper look to enhance decision making.

He was speaking at Thursday’s pre-match press conference.

“I know it is the decision of CAF to introduce VAR, but I think for fairness, it would have been better because it is painful to lose a game because of a mistake.

I think CAF will also go and look at the organization as we said before about the FIFA date so that the teams will have their squad with them.

So I am sure CAF will also look at it and try to do it best but personally I think they should have introduced it.”

The match against South Africa represents the last chance for the Black Meteors to grab a ticket for the Tokyo 2020 Olympic football tournament.

The winner of the match will join Egypt and Cote d’Ivoire whose victories in the semi-finals gave them two of the three African slots in the Olympic football tournament.