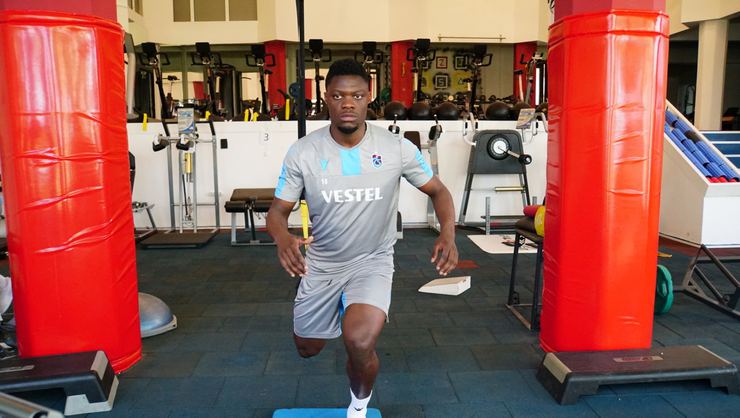 Ghana and Trabzonspor striker Caleb Ekuban has been declared fit and could soon be cleared to play following an injury that has lasted almost two and a half months.

He suffered a metatarsal fracture after colliding with teammate Ivanildo Fernandes during a training session.

He is reported to have visited his doctors in Italy ahead of the international break after which Trabzonspor club president Ahmet Agaoglu confirmed that he will soon be available for selection.

“Ekuban works very well. I think he can play next week for 45 minutes.

Doctors are looking at the situation,” he stated.

The 25 year old goal poacher will be hoping to return to his early season form of 5 goals in the first seven matches of the season.