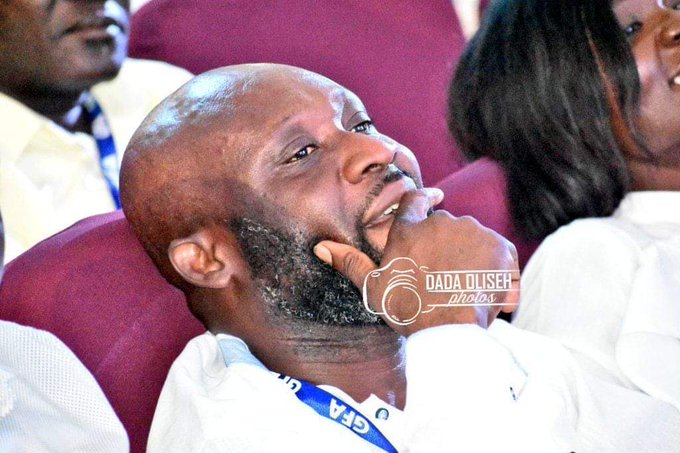 Failed Ghana Football Association Presidential Aspirant, George Afriyie’s Toyota Land Cruiser caught fire and burnt to ashes during one of his campaign trips, it has emerged.

His campaign manager, Abdul Salam Yakubu, meanwhile, also had his car stolen during the campaign period.

The revelations are contained in a publication by Muftawu Nabila Abdulai, on his blog mufnabila.wordpress.com

According to the post, the car, a 2017 registered V8, red in colour, was burnt to ashes in one of his campaign trips. It was a trip to the Volta Region, Aqua Safari in Ada to be precise, for a campaign meeting when the car caught fire.

“A member of the team, picked the car to buy something according to sources, and on his return, the car caught fire and burnt beyond recognition. Sources say it can be found on the right side of the road heading towards Aqua Safari,” the report added.

His campaign Manager, Abdul Salam Yakubu, was also not spared as his car was burgled in Community 18, Tema at about 1 AM.

Apparently, his tyre developed a fault when he had no car jack and he left it only to return and meet his car burgled by unknown people.

Tough period, difficult journey ended in a sorrowful mood for the team who believed the elections was theirs to lose.