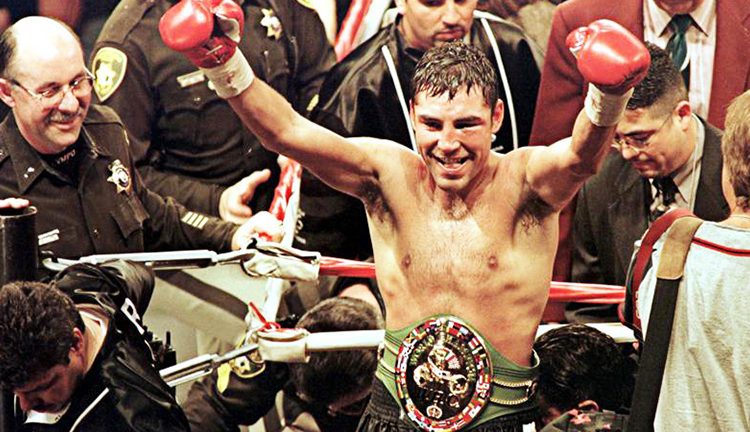 Former world welterweight champion, Oscar De La Hoya, has revealed his bout with Ghana’s Ike “Bazooka” Quartey opened his eyes to the fact that he needed to more serious with the sport if he was going to make it as a boxer.

The bout took place in February 1999 in Las Vegas at the Mandalay Bay Resort and it was for the WBC/ Lineal title.

Quartey’s WBA title had been taken away as of the time of the bout due to a 14-month period of inactivity which was down to some issues bothering Quartey. Thus, Quartey was gunning for De La Hoya’s title.

After 12 rounds of boxing that saw the Quartey going down twice and De La Hoya going down once, the decision was given to De La Hoya and some fans called the verdict controversial. 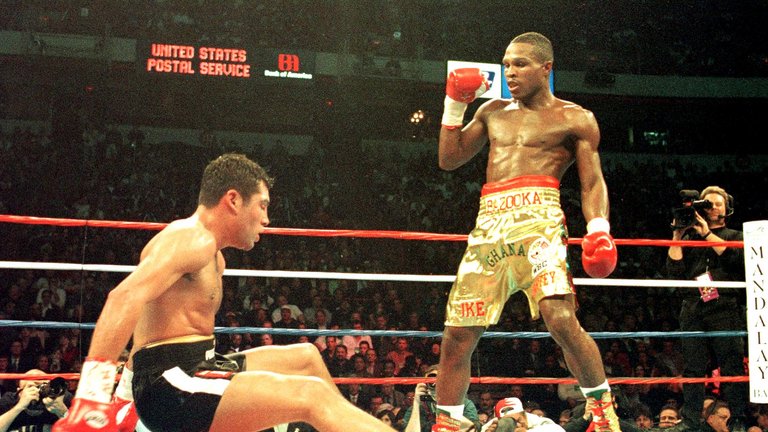 20 years after the bout, De La Hoya told Pugilistic Company in a YouTube interview in January this year that the bout changed his outlook on boxing and he became a better fighter after crossing paths with Quartey.

“The bout with Ike Quartey from Ghana is a very memorable one. Before then, when I was told I was going to face a boxer, I would say yes and head into the gym to train and get ready. I would not watch any film or tapes and those would he be handled by my coach and trainer. 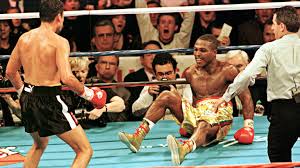 But when I was leaving my dressing room for the ring, that was when it dawned on me that I was going to fight Ike Quartey.

He was undefeated and had tremendous power and that woke up to realise that I had to study and know my opponents well. I can say that he was the best fighter I ever faced in my career.”

After the bout with Quartey, De La Hoya boxed until 2008 and retired and went into boxing promotion.