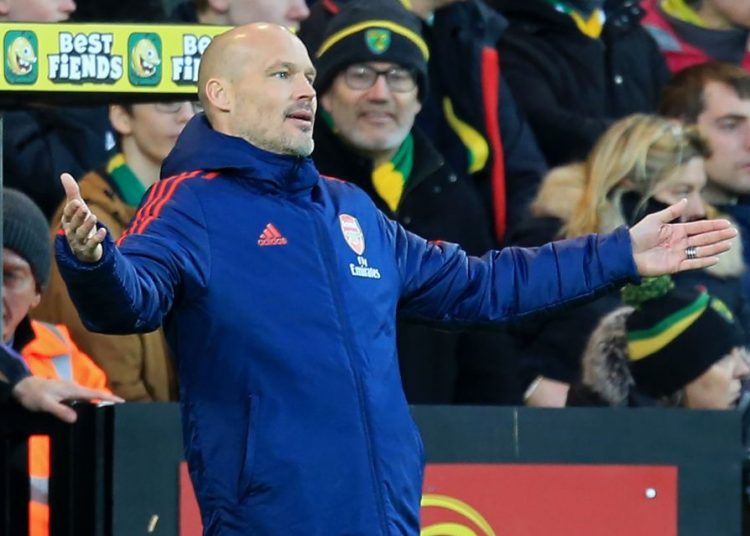 Freddie Ljungberg was forced to settle for a point in his first game as Arsenal manager as Norwich City held the Gunners to a 2-2 draw.

The Swede, appointed on an interim basis after Unai Emery’s sacking, watched on from the Carrow Road dugout as both sides threw caution to the wind in an exciting game.

With Mesut Ozil and Granit Xhaka in midfield, there were signs of encouragement for the Premier League winner in his first game in charge.

But lapses in concentration and poor defending cost the Gunners’ yet again on the road, making the chasm between them and the European top spots even wider.

The Canaries remain in the relegation places, but Daniel Farke will be pleased by what he saw from his troops – continuing to play good football in spite of their lowly league position.

For Arsenal, they host Brighton and West Ham in their next two games – fixtures the fans and their new boss will be hoping to achieve maximum points from ahead of a busy festive period.

The match got off to a far from ideal start for Ljungberg, as Teemu Pukki fired Norwich in front with a 21st-minute effort that took a big deflection off Shkodran Mustafi.

Arsenal quickly had a chance to level the scoreline when Zimmermann was penalized for handball and the Gunners were awarded a penalty.

Tim Krul saved Aubameyang’s initial spot-kick, but the Arsenal skipper made no mistake after VAR intervened to order a retake for encroachment.

But the Canaries retook the lead in first-half stoppage time.

Onel Hernandez had time on the left wing to pick his pass and teed up Todd Cantwell to beat Leno with a composed finish for a 2-1 half-time advantage.

Having canceled out Norwich’s opener, Aubameyang was at it again in the 57th minute.