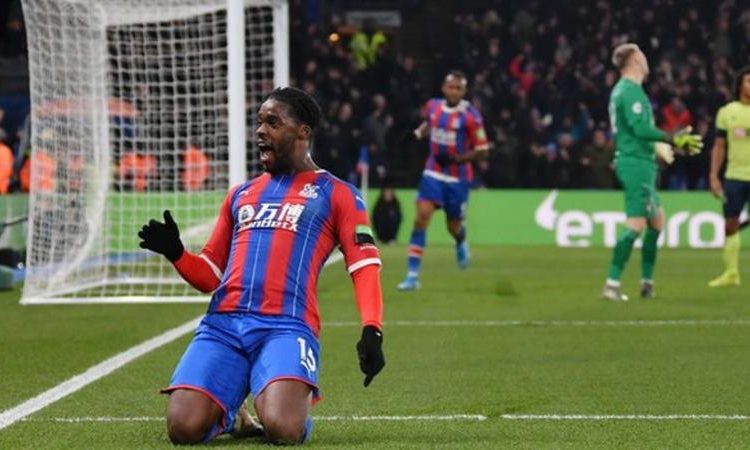 The goal was Schlupp's second in as many games after scoring against Burnley (Image credit: Getty Images)

Jeffrey Schlupp struck in the second half as 10-man Crystal Palace beat Bournemouth to move up to fifth in the Premier League.

The hosts lost Mamadou Sakho early in the first half when he was sent off for a high challenge on Adam Smith.

Bournemouth dominated possession from that point but failed to make the most of their man advantage as they rarely tested Vicente Guaita in the Palace goal.

Philip Billing hit a shot straight at Guaita at the end of the first half, while Dominic Solanke just failed to connect with a dangerous low ball shortly after the restart.

It appeared as though the first Premier League match to be broadcast on Amazon Prime would end goalless, but instead the hosts snatched victory when Schlupp, on as a first-half substitute for the injured Patrick van Aanholt, weaved his way through the Bournemouth defence before tucking home a low shot.

After a run of five games without victory, Palace have now won their last two having also beaten Burnley 2-0 at the weekend.

Defeat for Bournemouth was their fourth in a row and leaves them in 12th.