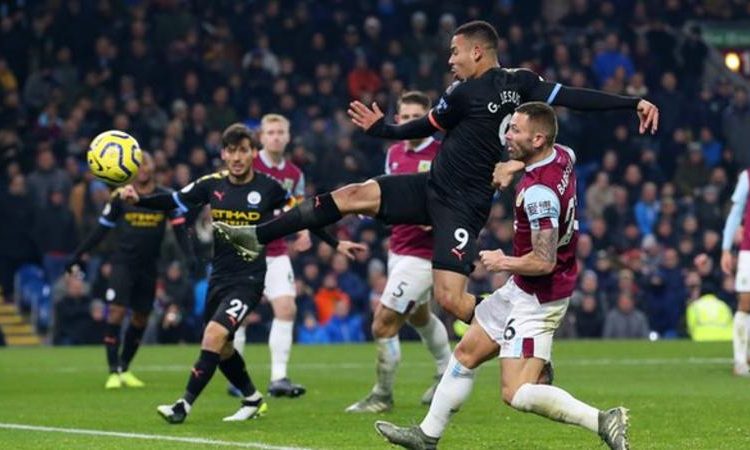 All of Gabriel Jesus' last 11 goals for Manchester City have been scored away from home (Image credit: Getty Images)

Gabriel Jesus scored twice as Manchester City got back to winning ways in the Premier League with a comfortable victory at Burnley.

City had won only once in their previous five games in all competitions to start the day 11 points behind leaders Liverpool.

But they were convincing at Turf Moor with Jesus curling home a fine opener for his first goal in 11 games.

The Brazilian then volleyed home Bernardo Silva’s cross after the break.

Midfielder Rodri added a stunning third from 20 yards and substitute Riyad Mahrez netted a fourth to take them back into second place in the league.

Robbie Brady blasted in a late consolation for the Clarets, his first Premier League goal in more than two years.

The match had the unusual kick-off time of 20:15 GMT because it was being streamed live online by Amazon.

Leicester could move back above the champions if they get a point or more at home to Watford on Wednesday.