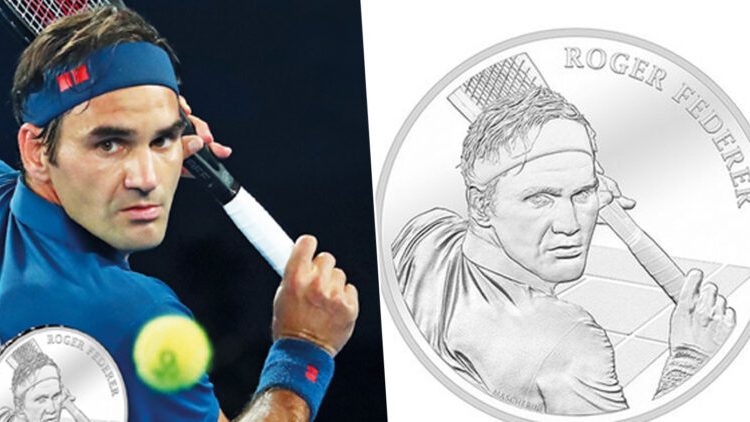 Roger Federer’s face is known the world over.

Now, the Swiss tennis great will become the first living person to have a commemorative coin dedicated to him by the Federal Mint Swissmint.

“In addition to his sporting brilliance, Roger Federer is above all the perfect ambassador for Switzerland,” the Bern-based Swissmint, which is responsible for the minting of Swiss coins, said in a statement on its website.

“He has a unique way of embodying likeability, down-to-earthiness, success, and eloquence.”

In 2007, Federer was pictured on a special edition stamp released by Swiss Post in Basel, where he grew up. He was the first person to receive the honor while still alive.

The Roger Federer coin, with a legal face value of 20 Swiss francs, shows the 38-year-old superstar playing a single-handed backhand on the “head” side.