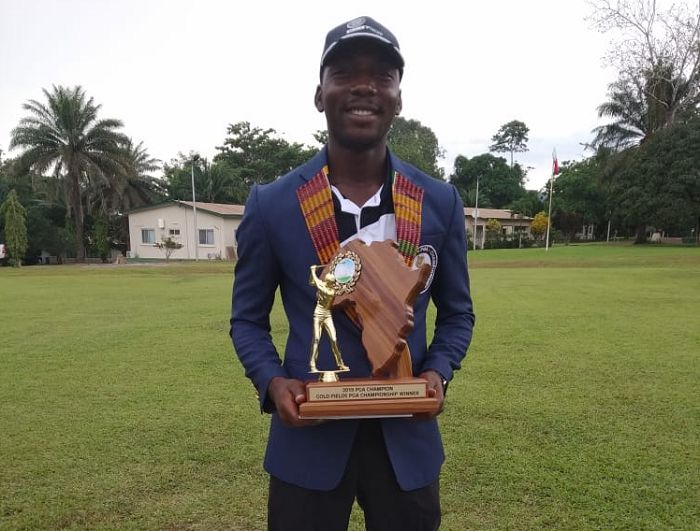 Francis ended a six-year wait for an international Championship on Saturday when he claimed the sixth-edition of the Gold Fields Professional Golfers Association (PGA) Championship with at the Darmang Golf course.

Francis who becomes the first expatriate to win the Championship led on all four rounds of the 72-hole Championship on the way to breaking the stranglehold Ghanaian golfers have had on the event since it’s inception.

The Niger State native carded a one-under final round of 71 for a nine-under winning total of 279.

After briefly losing the top spot to the subsequently disqualified Vincent Torgah, Francis held off a late charge from Emos Korblah who finished second. The Captain of the PGA of Ghana, Mawuli John finished third with a 288 total.

“I feel like a true champion winning outside my country for the first time since I became a pro,” Francis said after his victory, which has earned him GH¢ 40,000 in prize money.

“Playing with a legend like Emos (Korblah) I was actually nervous but I harnessed it to my advantage”.

Evergreen Victor Brave Mensah clinched his third seniors title with a 322 total. The veteran golfer went home with a GH¢ 10,000 prize as well as a trophy.

The Executive Vice President and Head of West Africa, Goldfields, Mr Alfred Baku said he was impressed by the output of the golfers during the competition.

He added that as part of efforts to improve golfing standards in Ghana, his outfit would soon commence a golf training programme for Junior High Schools and Senior High Schools in the country.