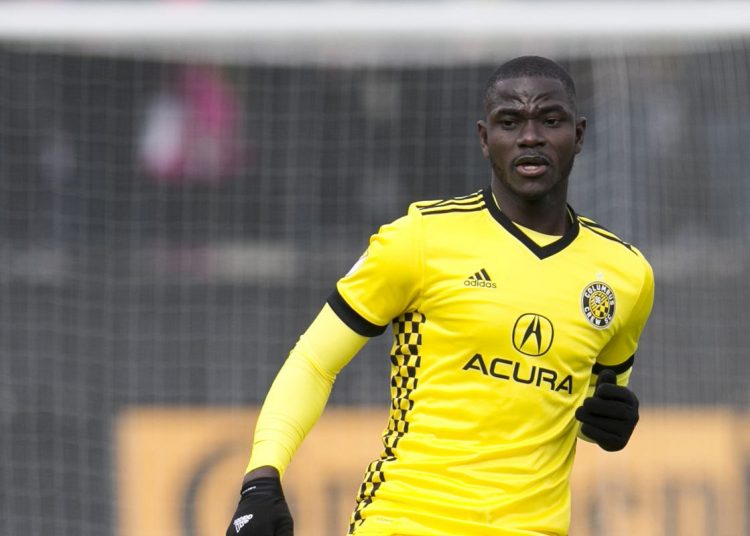 Columbus Crew and Black Stars Centre back Jonathan Mensah has dismissed the notion that the current crop of national team players are only motivated by money.

The veteran centre back has been with the national team for a decade and insists that despite some incidents that have cast the players in a bad light, patriotism remains paramount when they are invited to represent the country.

The Black Stars as a team, have failed to fully get the backing of Ghanaians following the Brazil 2014 World Cup.

This was due to the refusal of players to train ahead of their final Group game against Portugal until they were paid their appearance fees of a 100,000 USD each.

Ghanaians believe that the over fixation on  money derailed Ghana’s World Cup 2014 campaign.

“The first thing is to love Ghana because we are Ghanaians.

‘We you called upon to play either you love the nation or you love something else.

“What makes fans think we don’t love the team?

“Because If I don’t love the team I don’t need to come waste my time, the nation’s time and the coaches time as well.

“If you don’t love it don’t come around it but if you do then you are all in.

“I believe whoever gets a call up comes in wholeheartedly with the intention to help the team move forward,” he revealed on Citi TV’s Face to Face.

The 29 year was recently named Columbus Crew defender of the year for 2019 and is also a part of the current Ghana squad participating in the Afcon 2021 qualifiers.