UCL: Liverpool beat RB Salzburg 2-0 to make Round of 16 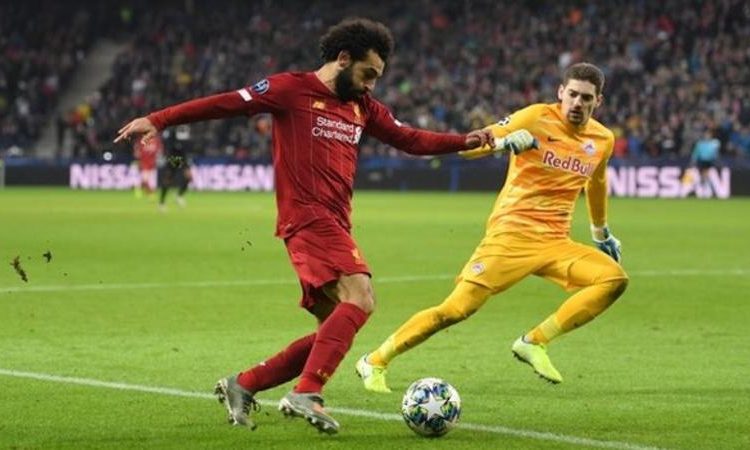 Mohamed Salah scored a right-footed goal from outside the box for the first time since moving to Europe from Egypt (Image credit: Getty Images)

The Reds, who needed at least a point to progress, were on the ropes at times against attacking opposition.

But from the moment Naby Keita headed in Sadio Mane’s cross, there was only going to be one winner.

Jurgen Klopp’s side needed the three points to top the group after Napoli beat Genk 4-0.

The Reds will discover their Champions League last-16 opponents in Monday’s draw in Nyon, Switzerland (11:00 GMT). Real and Atletico Madrid are both possible opponents.

Salzburg, who had scored 87 goals in 24 games before this, drop into the Europa League last 32. Their 19-year-old striker Erling Braut Haaland had chances to score but failed to become the first player to ever score in his first six Champions League appearances.