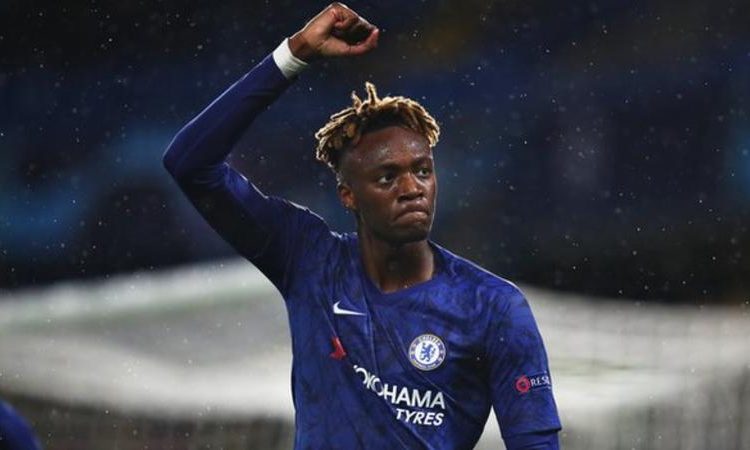 Tammy Abraham has scored 13 goals in all competitions this season for Chelsea (Image credit: Getty Images)

Chelsea survived a late scare to move into the Champions League knockout stages with victory over Lille at Stamford Bridge.

Frank Lampard’s side were in complete control for the most part and set up the victory they required with first-half goals from Tammy Abraham and Cesar Azpilicueta.

Chelsea’s nerves were frayed when former striker Loic Remy pulled one back for Lille late on but they were able to close out victory to reach the last 16 after finishing a tough group in second place behind Valencia but ahead of last season’s semi-finalists Ajax.

Abraham scored his 13th goal of the season after 19 minutes when he turned in Willian’s cross from close range while Azpilicueta headed in from Emerson’s corner 10 minutes before the break.

Lille, with nothing but pride to play for and with a much-changed team, barely threatened until Remy’s late strike but Chelsea saw out the win to complete the first phase of their Champions League assignment.

‘There will be bumps in the road’

Chelsea manager Frank Lampard told BT Sport: “It did get twitchy. We need to take our chances better. At 2-0 I thought it was not quite done and when Lille scored it made it a more nervy finish to the game than it needed to be.

“It’s going to be a work in progress. With the young players we have in this side there will be bumps in the road. I push them and can be quite hard on them, setting the high standards I want to see them reach, but at the same time I have to be patient.

“Today was a sign of how much work we still have got to do. It should have been a calmer finish to the game and that is the biggest thing, for me, that we need to improve.”

Chelsea return to Premier League action on Saturday, as they welcome Bournemouth to Stamford Bridge at 15:00 GMT.

UCL: Liverpool beat RB Salzburg 2-0 to make Round of 16