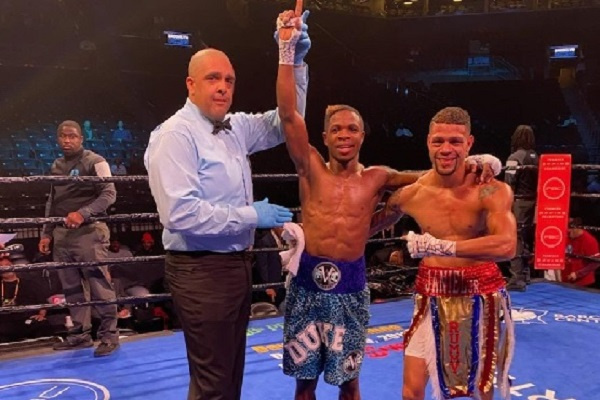 American boxing trainer, Andre Rozier, says Ghana’s Duke Micah is not far from being a world champion in the bantamweight division and the boxer is working on that objective.

Micah defeated Janiel Rivera via a unanimous decision in Brooklyn on December 7. It was Micah’s second bout this year after a long period of inactivity and he managed to win 79-72, 78-73 and 78-74 on the judges cards.

The expectations are that he will get more fights and put himself in the picture for a world title challenge soon and Rozier believes that Micah will soon be in contention for a shot at the bantamweight crown.

“We are still working on honing Duke’s abilities as a boxer. We just have to keep working on that and after two or three bouts , he will be world champion.”

Rozier went on to give his assessment of Micah’s display in the ring.

“He boxed very well but he hurt his hand in the 6th round and that kept him from completing the mission. Rivera was one of my former boxers and so, he was a very good opponent. Duke won almost every round in my opinion on the night.”