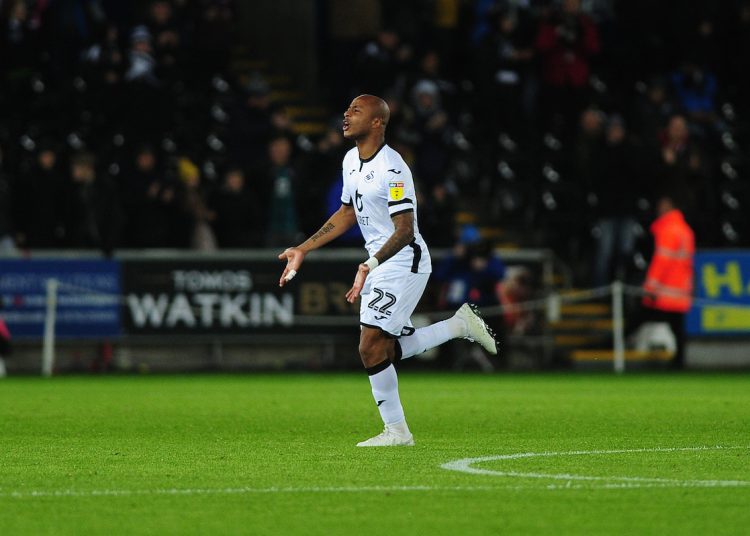 Andre Ayew continued his impressive scoring form in recent weeks for English Championship side Swansea as he netted their equaliser in Wednesday night’s 1-1 draw with Blackburn.

The away side had silenced the fans at the Liberty Stadium with a fourth-minute goal from Danny Graham.

Ayew’s last goal for the Swans was in a 2-2 draw with Sheffield Wednesday.

Prior to that, he had scored in Swansea’s 1-1 draw with Barnsley, their 2-1 loss to Stoke and also netted his side’s winner against Charlton. 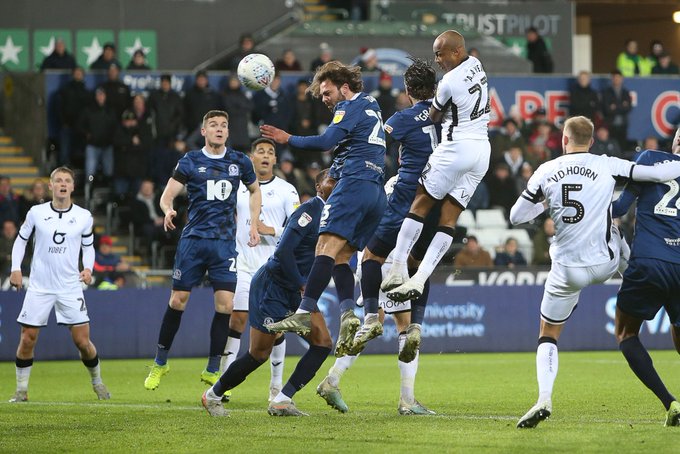 Ayew has now scored five goals in the Championship and, in addition to his two league goals, seven overall. The player has also set up three goals for his teammates this season. This was also his 23rd goal for Swansea.

George Byers and Sam Surridge went close for the Swans after they were set up by Tom Carroll and Ayew.

Ayew himself almost scored twice more as he fired just wide before the break and had a half-volley saved by the Blackburn keeper in the second half.

Both Swansea and Blackburn had a player sent off in the second half with Carroll and then Bradley Dack receiving red cards.

Swansea have now failed to win any of their last 5 matches, a run that has seen them drop out of the Playoff places and into 11th.

Watch the highlights of the game below: