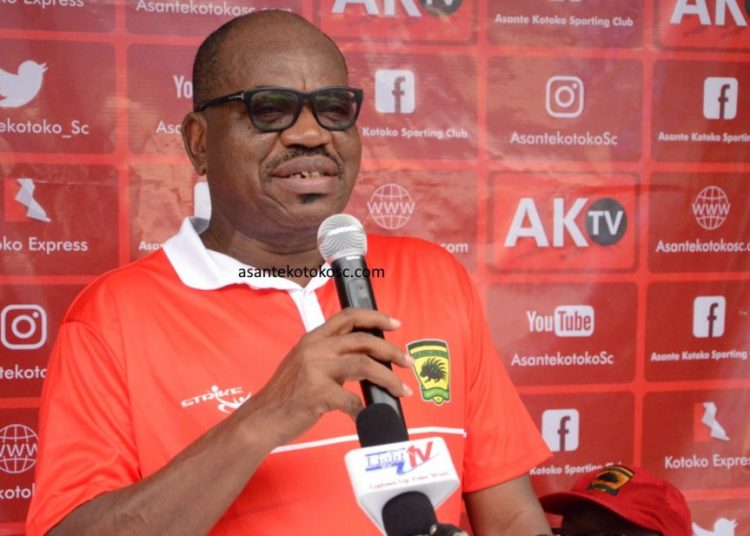 Asante Kotoko CEO, George Amoako, says that Kotoko new head coach, Maxwell Konadu should not have any issues handling the team because of his familiarity with the players.

Konadu was unveiled on Wednesday after he signed a 2-year contract on Tuesday to run the team as Kjetil Zachariassen’s successor.

Amoako reveals that Konadu had a major say in putting the current team together and so, there should not be any issues of managing the team and meeting expectations.

“About 90 percent of the current Kotoko team was recruited based on the recommendation of Maxwell Konadu.

It is interesting to note that 7 players from the team were in his Black Stars B team. It shows that this is Konadu’s team and he is coming to take over his team.

We can only expect the players to perform very well and we want him to move the team forward. That is what I expect of him.

However, The fans and management will have to give him the needed support in order for him to succeed.”

Konadu has been given the target of winning the Ghana Premier League and by extension, get the team to play in the CAF Champions League competition.

Kotoko, like the other Ghana Premier League teams, are getting ready for the start of the league which is set for December 28.

2019 President's Cup: "Accra is our home so come and cheer us on"- Maxwell Konadu to Kotoko fans