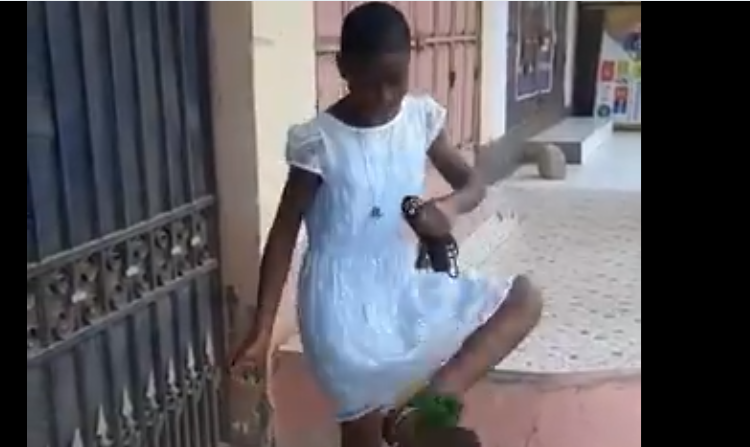 Black Queens forward Samira Suleman has earned a number of plaudits for her time with the women’s senior national team.

And it seems that her little sister is hot on her heels.

Samira posted a video of her kid sister doing astonishing keepy uppies, a skill where a person keeps an object, usually a ball, off the ground by constantly hitting it up in the air with their foot or any other part of their body.

The amazing video, originally posted on Twitter by her sister’s account, @Soccer_Diva9 has since gone viral, garnering over 6,000 likes and almost a thousand retweets.

The reaction to the video and the girl’s extraordinary skills has been massive, with many people praising her.

Lovely, talented and she kept her sandals the whole time!

Wow! She would improve the Arsenal backline! Sign her up.